I’ve been getting emails for months from the Chicago Triathlon asking me to sign up and ignoring them for months with the thought that things were just too busy to train for a triathlon properly. Then, in the sort of over-reaction I’m pretty good at, six weeks ago I decided to sign up for both the International distance in the Mountain Bike and the SuperSprint distance in the Divvy wave. If I trained really hard for six weeks, I thought, I might even be able to place in the Mountain Bike division. Only 12 people did the International distance Mountain Bike last year and I came in sixth. So, you know it’d be possible, with some training.

I mean, I rode my bike to work and got out for /one/ seventeen mile ride. And I swam a couple of times and did /one/ open water swim. And I did one 10K, really slowly. So I was set, right?

Surprisingly, it was the SuperSprint on Saturday that gave me the most trouble. The water was super cold and I wasn’t wearing my wet suit, just a neoprene vest that I haven’t worn for a couple years (nothing new on race day, Fuzzy!) that was a /little/ tight. 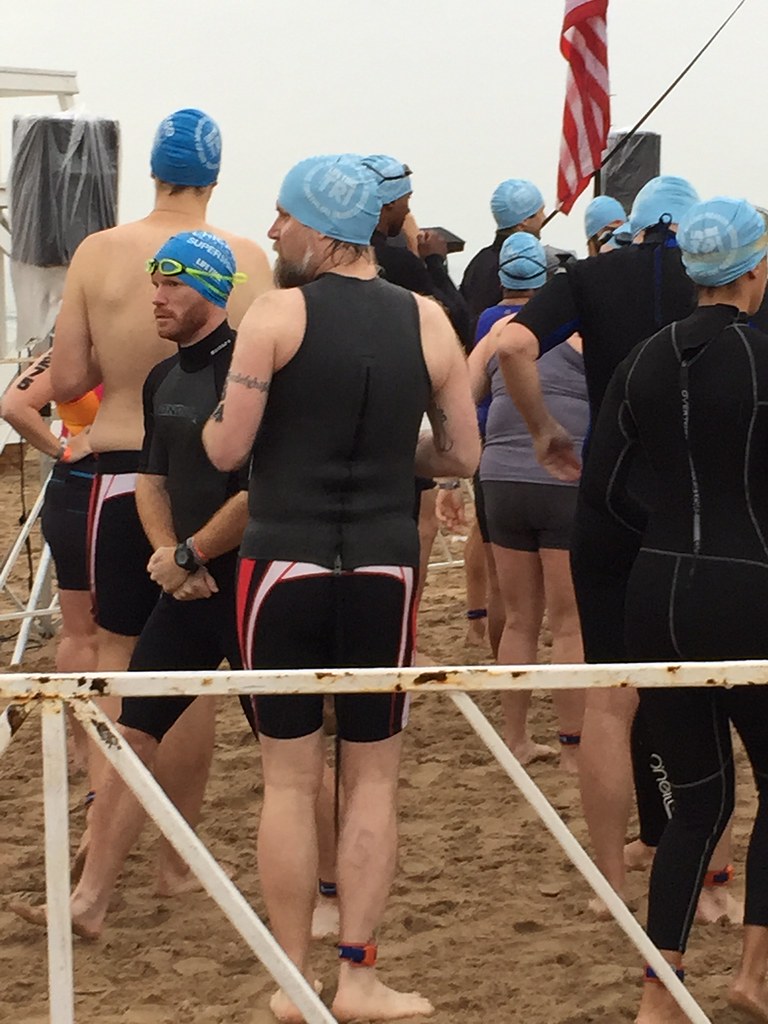 I always encourage other people that anyone can do the 375m swim of a SuperSprint. “You can walk it,” I say. Well, I got out into chest-deep water and started trying to swim and got a little panicky. I couldn’t breathe, whether from the cold or the vest. I ended up holding onto a kayak, the first time I’ve ever done that in a race. The kayaker firmly informed me that I could stand, which I could, so I started walking and unzipped the vest, which made it awkward, but at least not tight again. I managed to swim a little in the latter half and got out of the water very mad at myself and embarrassed. But there were two more legs to go.

The Divvy leg was dumb and fun: the Divvy bikes are big and slow and not really made to go fast. It was raining a bit, but at least I wasn’t worried about wiping out with those big, fat tires. And then the mile-and-a-half run is just a quick jog. 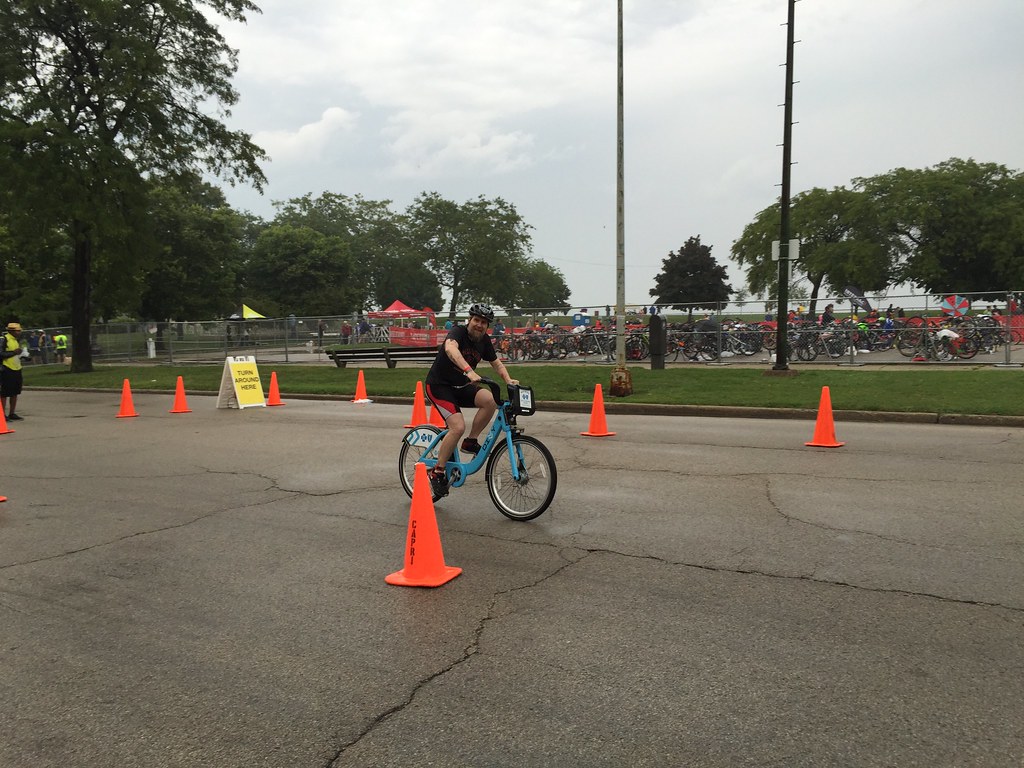 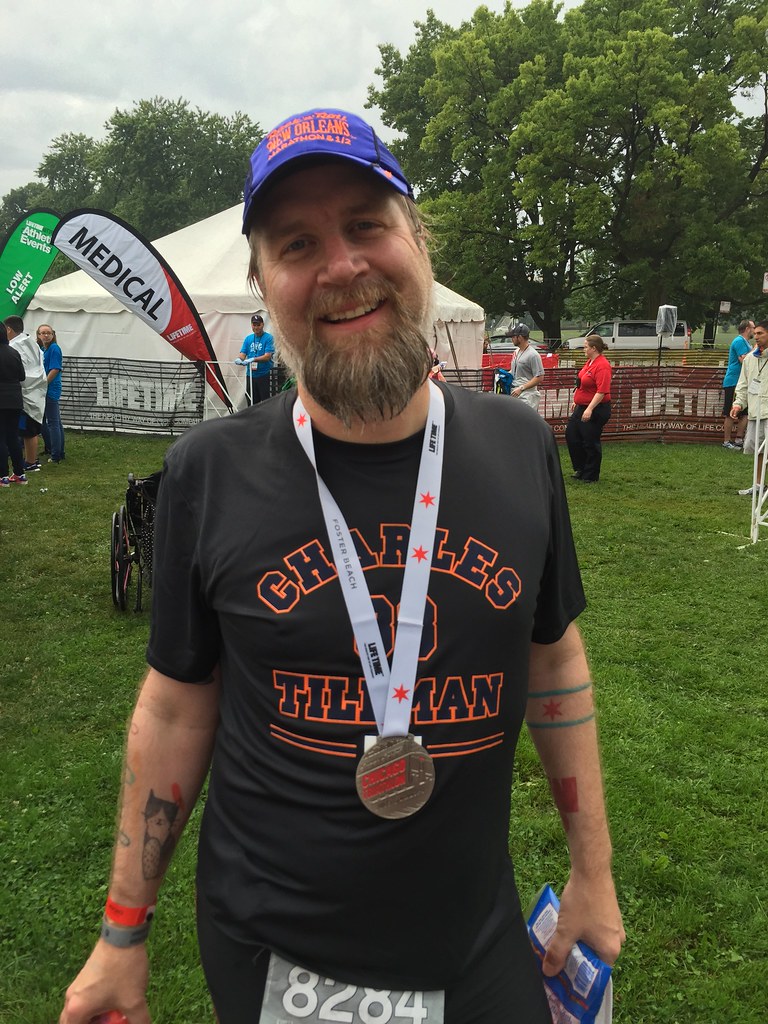 The full triathlon the next day went a lot better. The minute I got in the water for the in-water start of the swim, I was happy that it felt just /normal/. 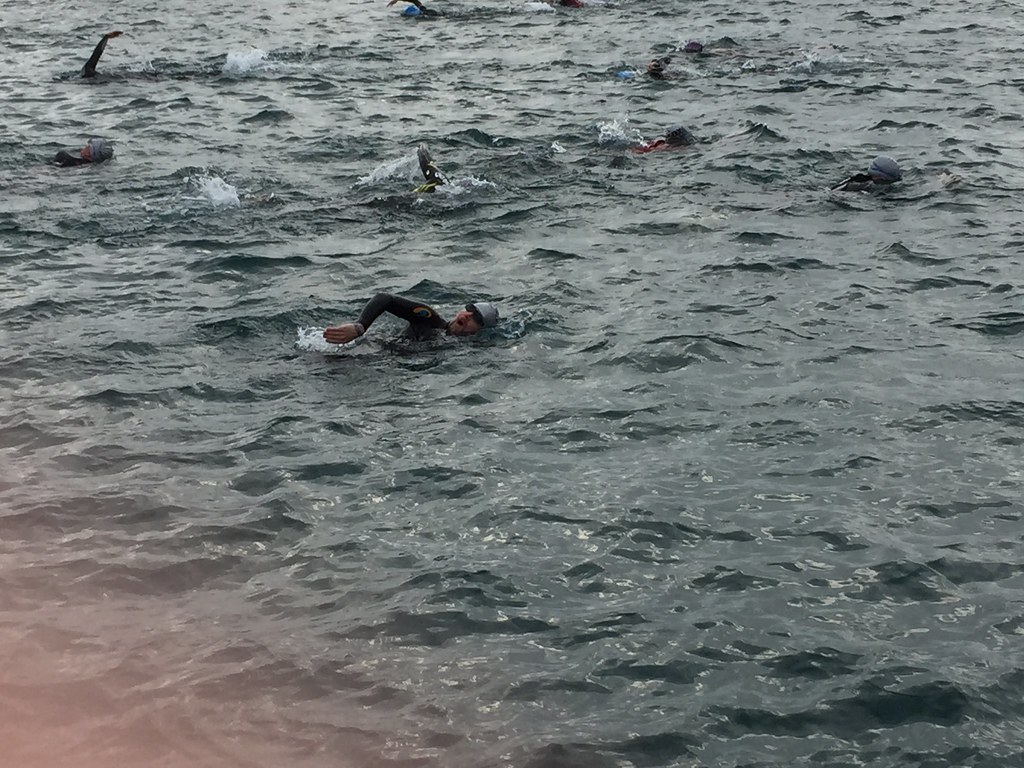 And then I jumped on my bike and my right shoe wouldn’t clip into the pedal. I realized that I hadn’t actually done a test ride after changing pedals the night before (nothing new on race day, Fuzzy!). I had a moment of worry that I wouldn’t even be able to ride, but my shoe stayed in the pedal, it just meant I couldn’t pull on the upstroke and would pop out whenever I went over a bump. So, not a crisis, but annoying. (The next day, I managed to fix the pedal in about 5 minutes, so I wonder if it would have been worth it to stop and work on it on the day.)

After all that, the run was a breeze. Oh wait, a breeze would have been nice—it was suddenly very hot. But soon enough it was all over!

A bunch of photos by Erica