Keeping track of numbers kind of works on me and I had a reminder of that this morning when I hit a milestone in one tracking app, which reminded me of another milestone in a different tracking app. So many numbers in so many apps and so much remembering!

So this morning I went for a run while the car was getting an oil change (which meant I got to run on the Green Bay Trail for a bit, which was a nice change of scenery) and at the finish, here was my Nike Plus home screen: 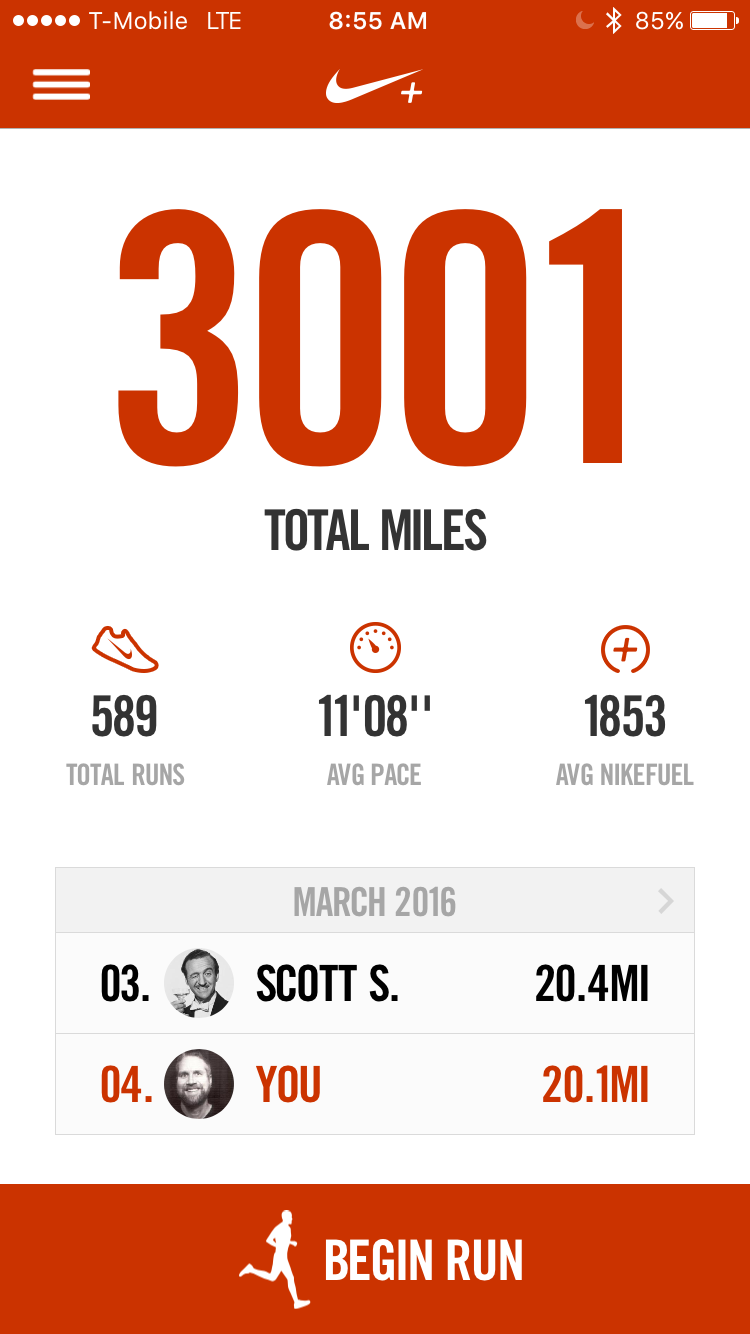 Boom! 3001 miles run since I got my first Nike+ sensor in June 2007. Of course there are a few miles untracked here and there when an iPod died or something—I know I ran one marathon with no tracking. I want my numbers!

So anyway, that nice round number reminded me that I had reached another such milestone (or, perhaps, an opposite sort of achievement) back in October: 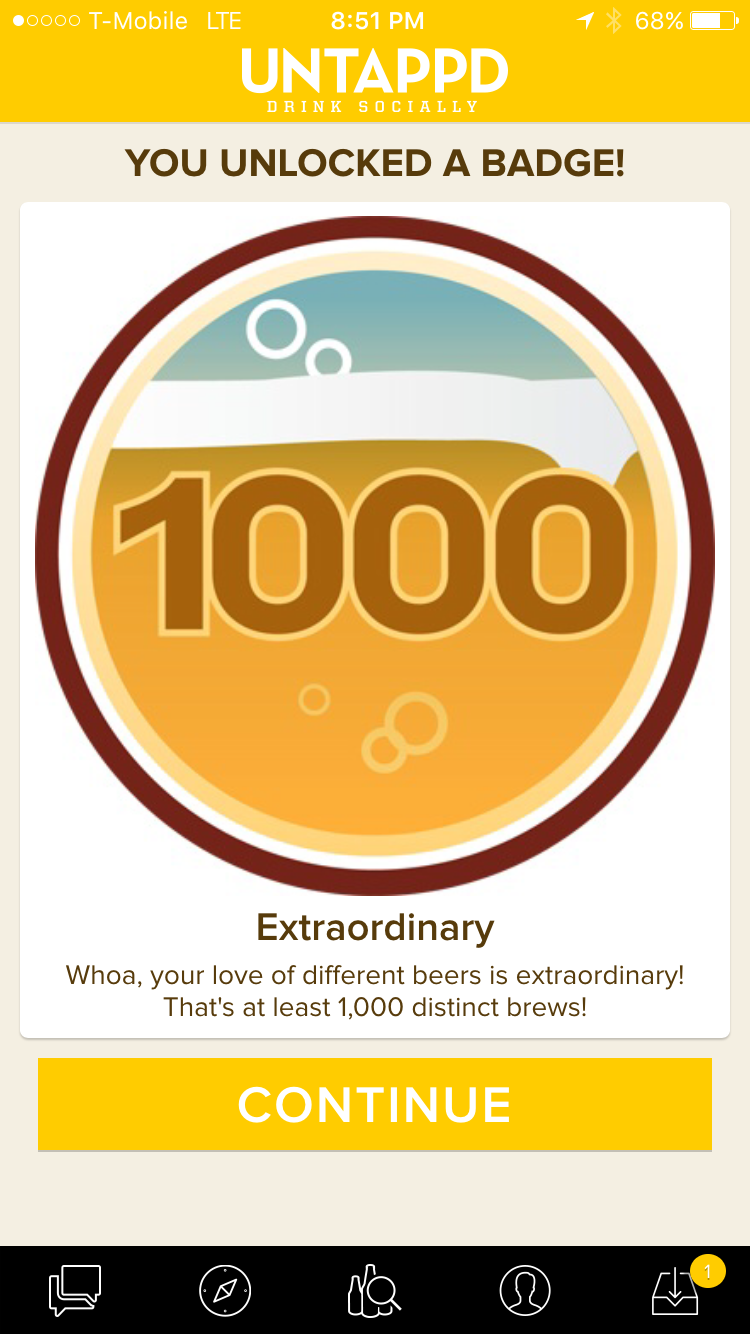 That’s 1000 distinct beers logged in the Untappd beer tracking app. I started using the app in December 2010 and it took me just over a year, and a concerted push from my friends at my birthday, to hit 500 beers in February 2012. Once I had hit 500, I stopped being quite so focussed, but I do love trying new beers, and I kept logging those beers. And so 2 and a half years later I was surprised when a Central State Brewery Ottermelon Gose pushed me to an even grand.