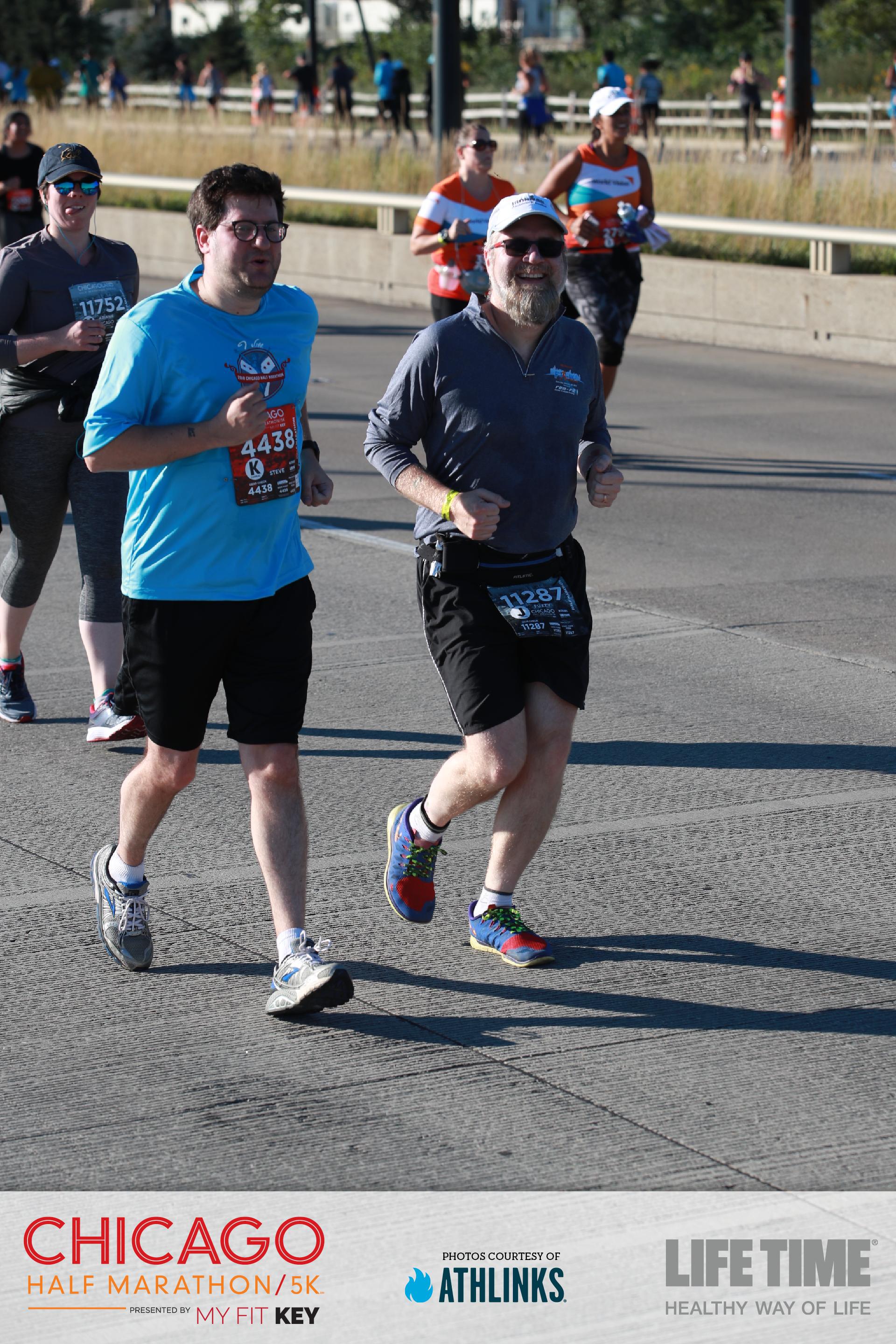 What do you do after you run 13 half-marathons in 12 months? Run another one the next month!

Steve and I were supposed to run this race last year, for what turned out to be the first race of my Baker’s Dozen, but he got sick. So when I was signing up for the Chicago Spring Half-Marathon there was an option to sign up for this one as well as a short “series” and so I suggested to Steve that we run it as a do-over. He agreed and so we’ve had it on the schedule for most of the year.

Steve broke a rib a few months ago, so he hadn’t been running, but he was game to try and I’m really proud of him for getting out and pushing himself. Erica asked if we were going to hold hands as we crossed the finish line, and how do you answer a question like that? 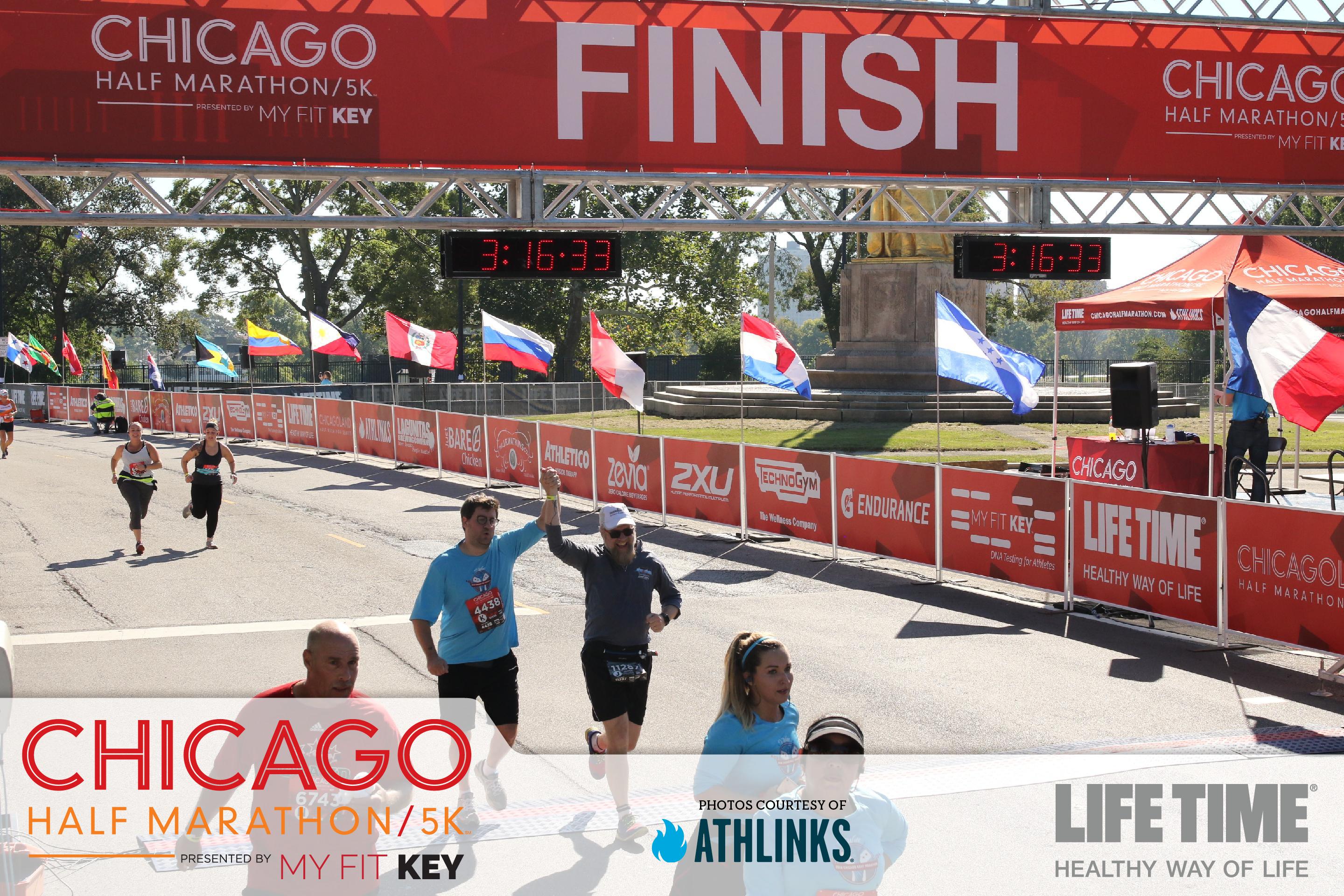