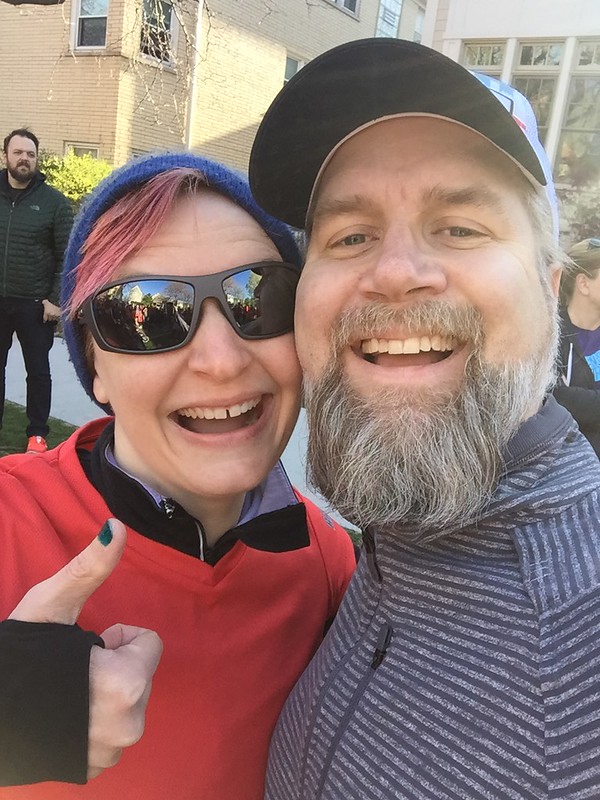 Also, so many of our friends do live in the neighborhood that we seem to run into people we know at every turn.

I started the race with Erica, who was kicking off her season with the run, and then spent the rest of the race trying to catch up to Shaun, who had Stella in a running stroller. Shaun thought I was ahead of him, and was trying to catch up to me. Neither of us ever saw the other, but the chase meant we both had pretty fine times.