The Richardson Adventure Farm (image in my head: pigs bungie jumping and chickens white-water rafting) out in Spring Grove, IL has the “World’s Largest Corn Maze” with a different crazy design every year. We’ve seen flyers for the 5K they hold in the maze for several years and this year we pulled the trigger and got out there for it. My brother was in town and signed up for the race as well, and we gave a ride to our friend Natalie.

Spring Grove is up near the Wisconsin border, about an hour-fifteen drive from the North side of Chicago (an hour and a half if you miss a particular turn to stay on 94). This Sunday it was pretty chilly and foggy up there, which meant you couldn’t really get the full scope of the maze from the observation tower, but made the run through the maze even a little more Halloweeny.

The run itself is very different from any other 5K I’ve done. The maze is pretty narrow at most points, and so they divide the runners into waves based on expected pace and then release you into the maze in single file, each runner separated by three seconds. It worked pretty well to keep down congestion, though of course lots of people have inaccurate self-pace assessment and so I passed a fair number of folks. The announcer said there were over 200 turns, which I’ll buy—I started to count on the map below and got to 50 turns before the first mile. Most places the corn was high enough that you couldn’t see over it, and so you were running down a narrow corridor of corn until you’d, all too soon, reach a turn and have to quickly see which path was blocked off and then go darting off in the other direction. The paths were well marked, but with a thin orange tape that was often blocked from view until you were right on it. 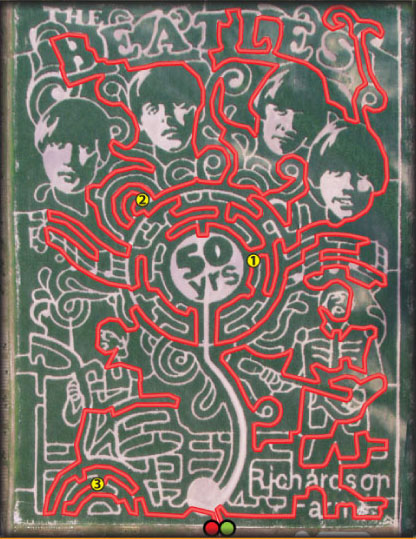 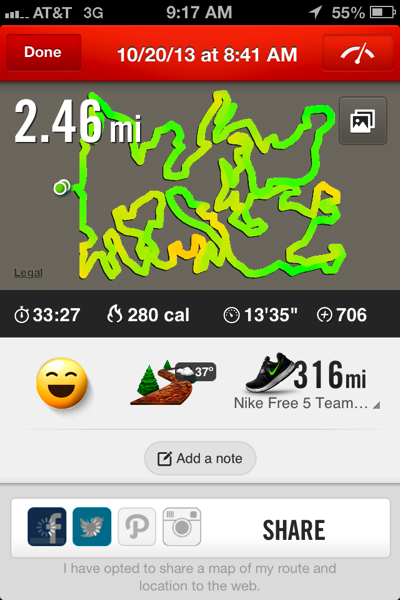 The day before, Disco and I had run six miles down to the Green City Market, had snacks and coffee, and then neither one of us wanted to be the one to say “let’s take the bus home”, even though we were both a little out of distance training*, so we ran the six miles back home. So we were both a little sore. But Disco is young and fit and fast and had seeded himself into the 7-mile-minute wave and had run a pretty good time, so we stuck around afterwards for the awards ceremony. And indeed, he got 2nd place in his age group. 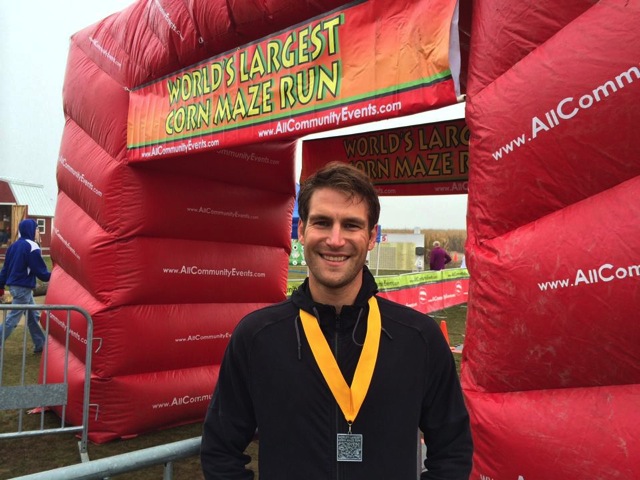 The farm didn’t officially open until 10am and we all had stuff to do such that we couldn’t stick around to ride the zip line or see the animatronic chicken band in action. We did get to see the goats and llama and rabbits, which was pretty cool. And I think there was a real missed opportunity on the part of the farm—we could smell the doughnuts being made for a 10am opening and I’m sure every single runner would have bought a half-dozen if they had been open just a half-hour early, even with the generous free after-run snacks (bananas, pretzels, candy, popcorn, granola bars).

* I know, I know, I just did an Ironman, but since then I haven’t done over 6 miles and my body slacks off pretty fast.