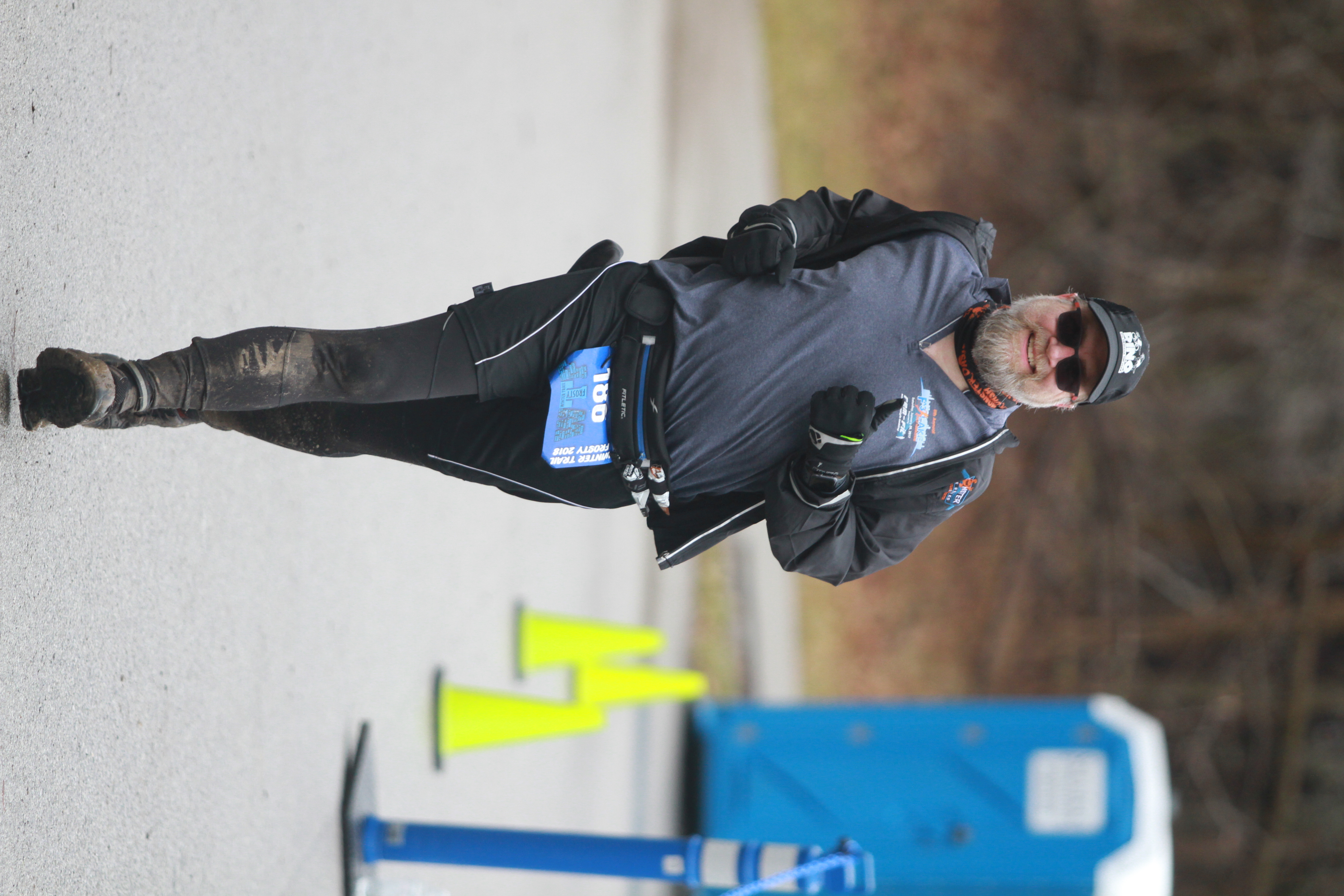 /Who’s that muddy guy about to finish a half-marathon? It me!/

I’ve done a lot of do-a-certain-thing-over-and-over self-challenges that I’ve documented here on this blog—part of the point of that sort of thing seems to be the public accountability you get by broadcasting that you’re doing it. I’m half-way through a challenge right now that, for whatever reason, I didn’t really want to talk about. I don’t know if it’s because I thought there was a reasonable chance I might flake out on it, or what, but it’s the case.

My friend Antonio first introduced me to the idea of a Runner’s Dozen—a self-challenge where you run a half-marathon a month for a year, and throw an extra one in there somewhere for a total of 13. It all has a nice numerical symmetry, what with 12 months in the year and 13 miles in a half-marathon and so on. I had the concept filed away in the back of my head and then last fall I realized that I had 3 half-marathons planned in 2 months. I flaked on one of them, but it still meant I was heading into November with 2 months of a Runner’s Dozen already completed. So why not just keep it rolling?

Winter, it’s turned out, is light on half-marathons, so I’ve been traveling a bit farther to do the races than I’d normally do. (There’s no rules to the Runner’s Dozen, since it’s a self-challenge, but my own personal guideline is that if at all possible I want to go do an organized race and not just run 13.1 sometime during the month.) In February, the closest half to Chicago was down in Eagle Creek Park in Indianapolis. So yesterday I drove three hours down to Indiana to run 13.1 on a reasonably challenging trail course in a torrential downpour. It’s the Winter Trail Frosty. Get it? Get it?

On the plus side, I planned pretty well on clothing and so I was drenched from the start, but never really uncomfortable. On the minus side, man what a slog all the mud was.