Erica, Disco, and I ran the World’s Largest Corn Maze 5K back in 2013 and were looking forward to doing so again this year, with Zach subtituting in for Disco. Unfortunately, the race was rained out on it’s original date and Erica was unable to make the rescheduled time. But Zach and I went out and had a great time.

The biggest difference from our last time at Richardson Adventure Farm was that this time the whole place wasn’t shrouded in mist. It’s quite a lovely place when you can see it all. 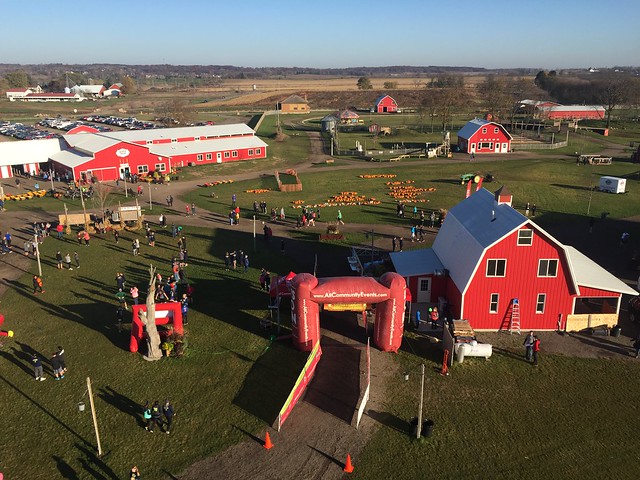 It was an easy drive out to the Farm and we got there early enough that I got to meet some of the locals: 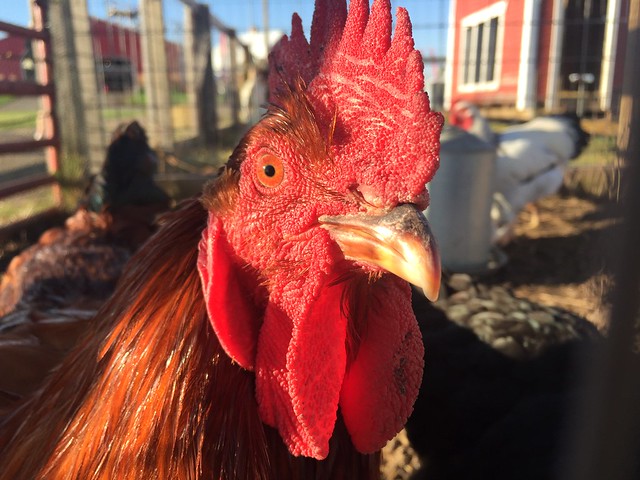 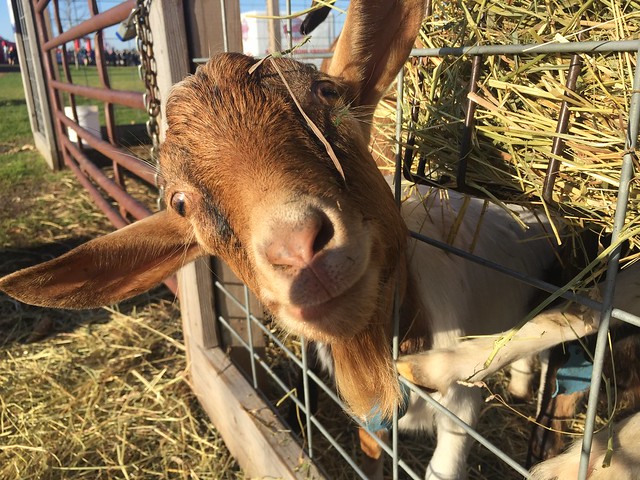 I’m coming off a cold and a couple weeks off running, but I gave the run a really strong effort this morning and I felt good about getting through the thing without ever biffing it. There really are over 200 turns and it’s not always obvious which way you’re going until you’re right up on a turn. My time isn’t too bad for a regular 5K.

Zach has been on an even longer hiatus but gave it a great effort as well and came in second in his age group and got an extra medal and caramel apple. Last time I ran the race I complained that the Farm activities weren’t available until 10 am—this year because of the reschedule, the Farm isn’t actually even open anymore and so Zach and I hightailed out of there as soon as he had collected his awards. 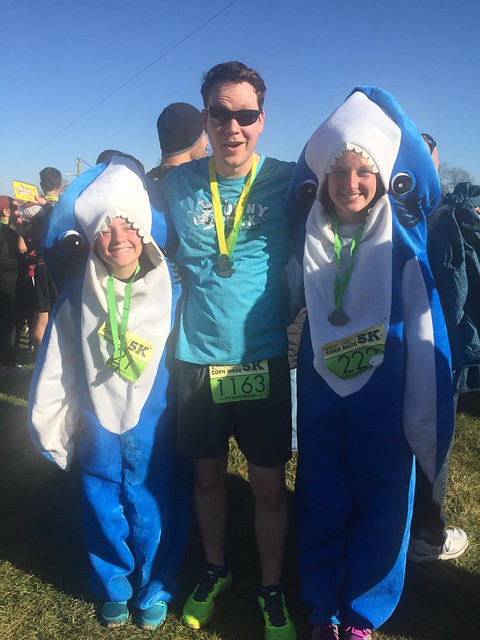