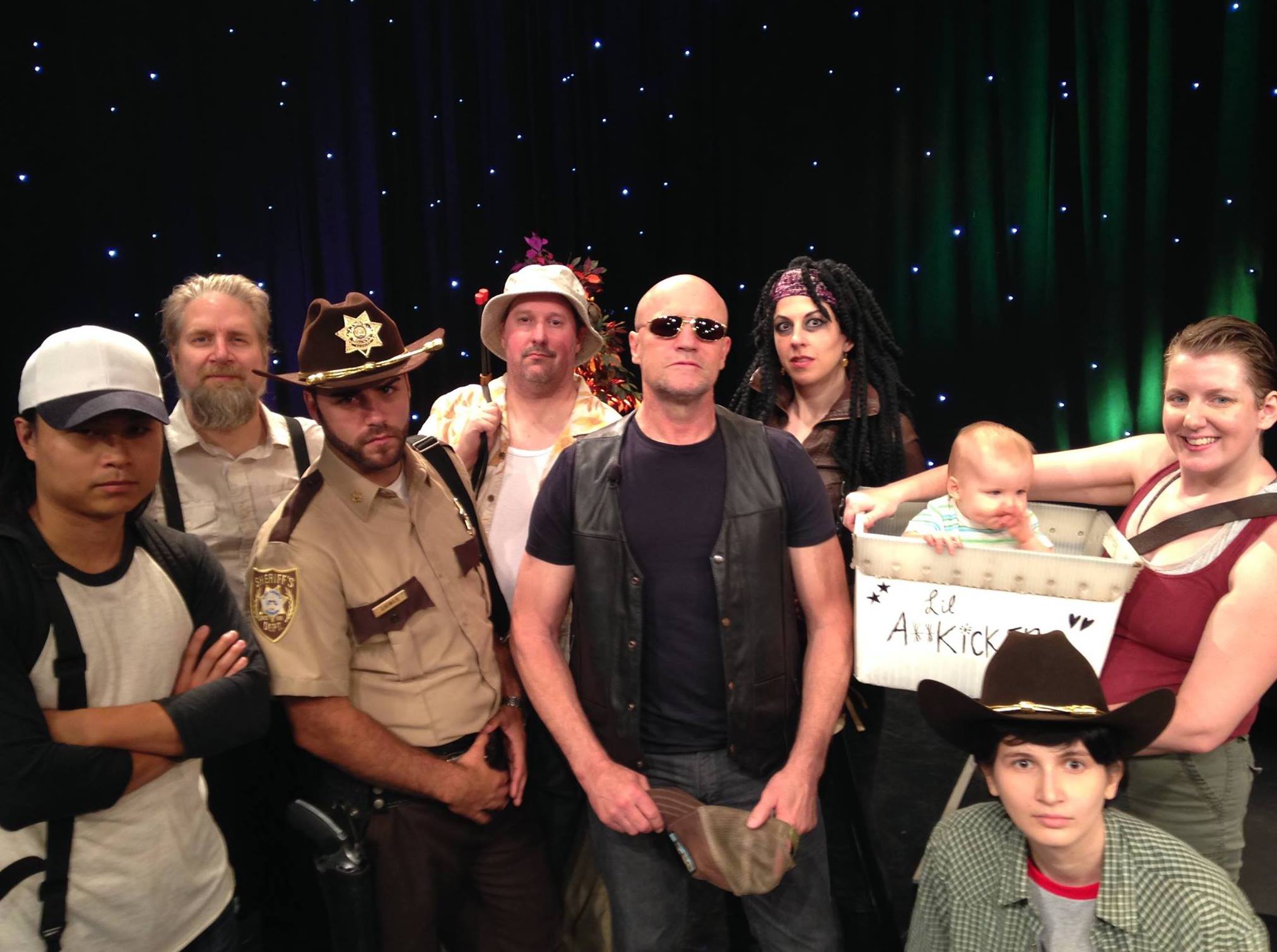 Yesterday I got to do one of those little cosplay adventures on the WGN Morning News that our friends at the World of the Weird Monster Show facilitate—I was Herschel from the Walking Dead in a little tableau they created for Michael Rooker (Walking Dead, Guardians of the Galaxy, Mallrats, 600 other movies). And this time I managed to rope Jin into the madness. And we had a human baby as a prop.

As I’ve often heard about actors who play a lot of bad guys, Michael Rooker turned out to be a really nice guy. He hung out with us and the zombies (made up by Justine Losoya/GoreJus Makeup) for much longer than he needed to, taking photos and telling stories.

You can see three videos from the morning on the WGN site.

More photos after the jump: 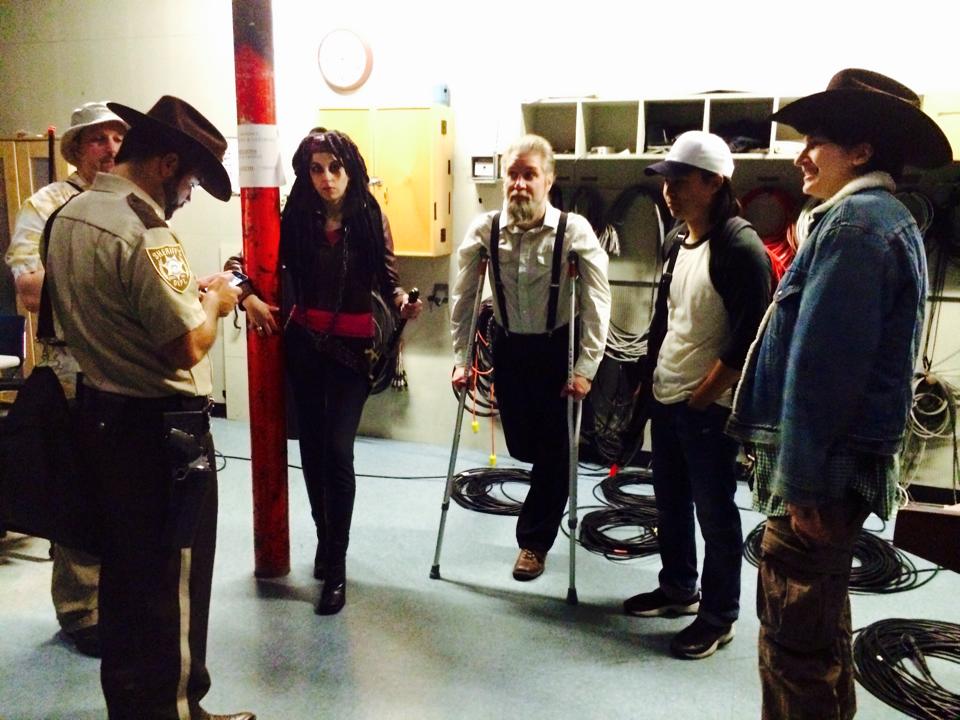 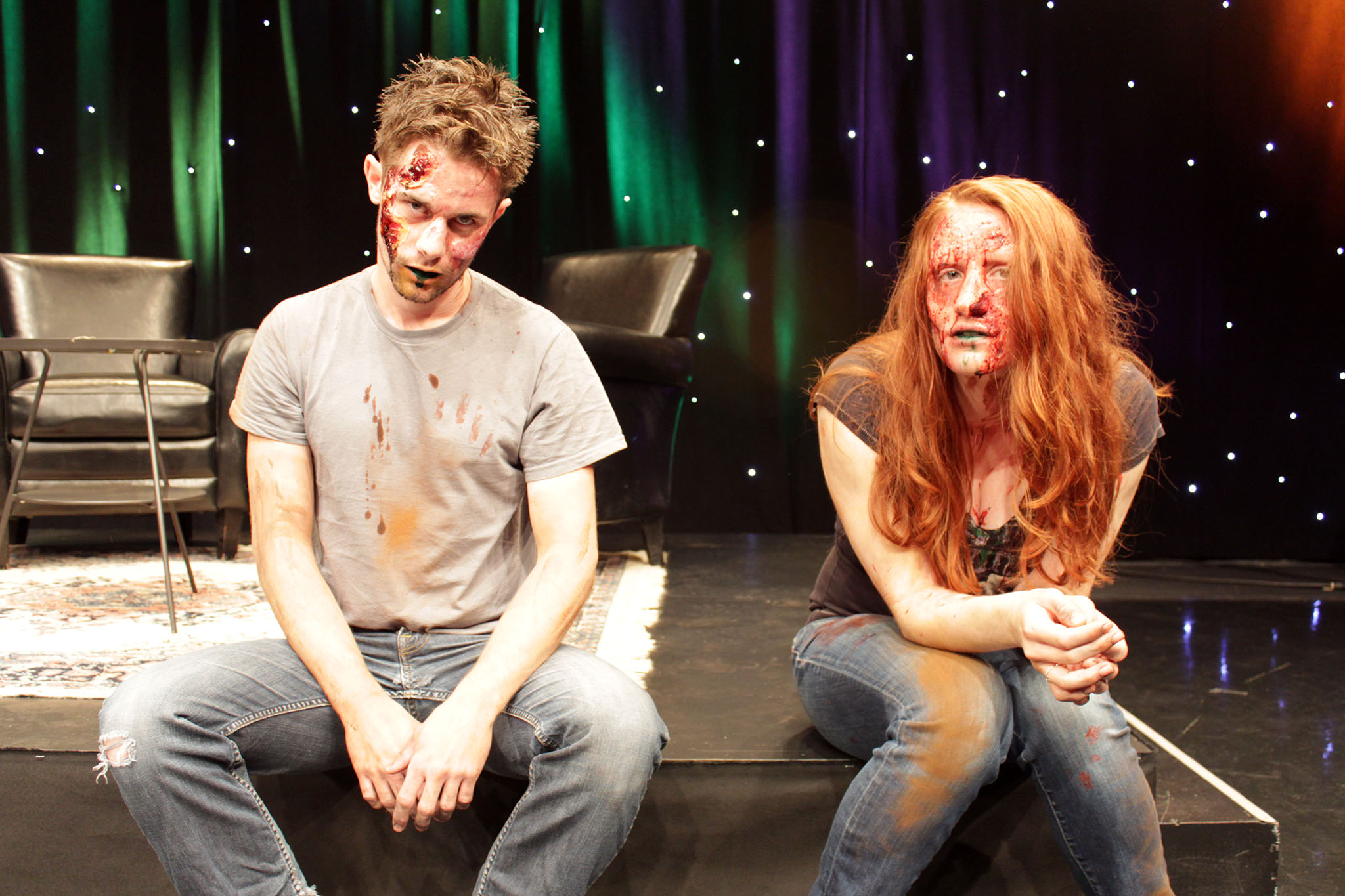 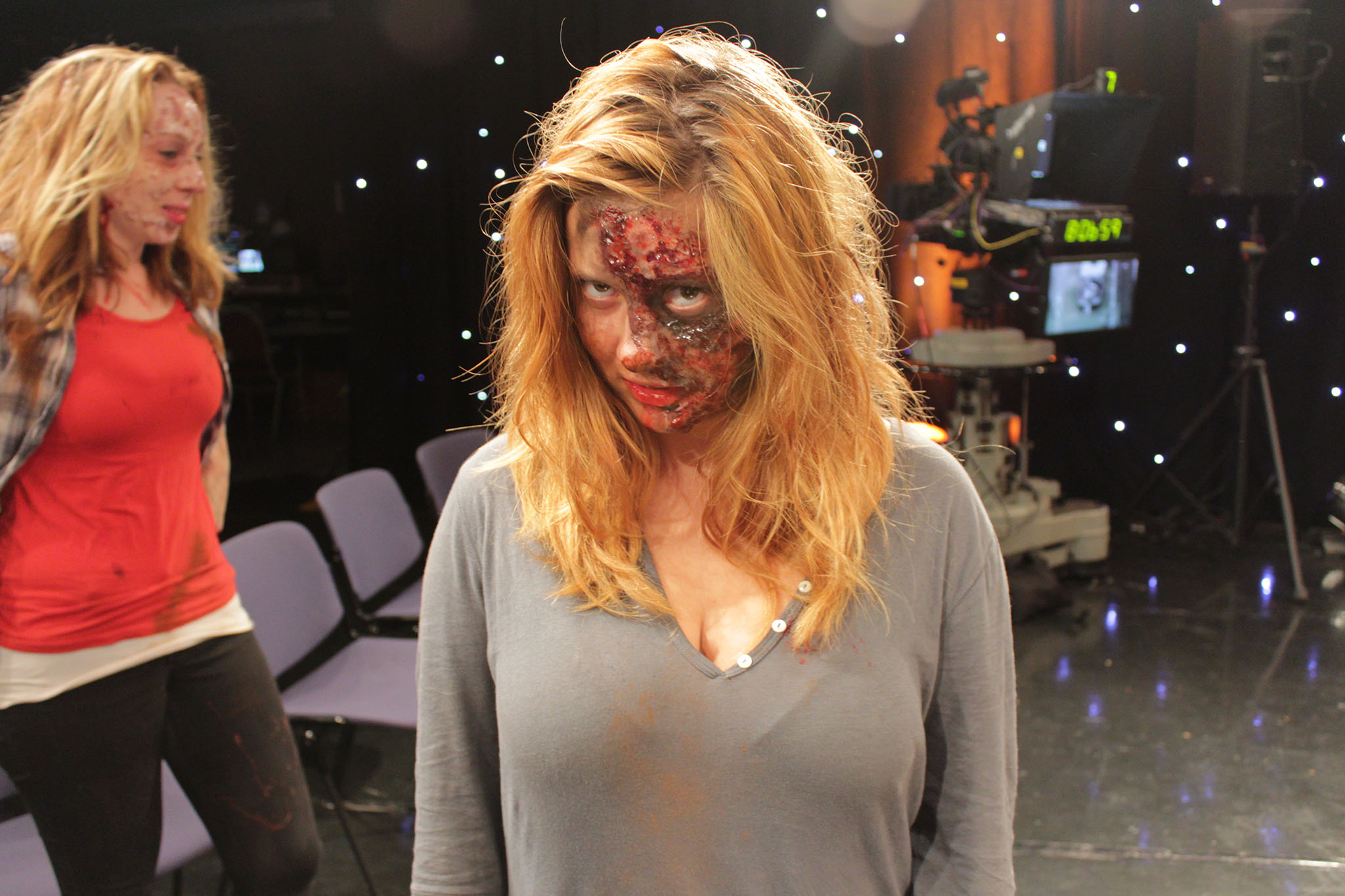 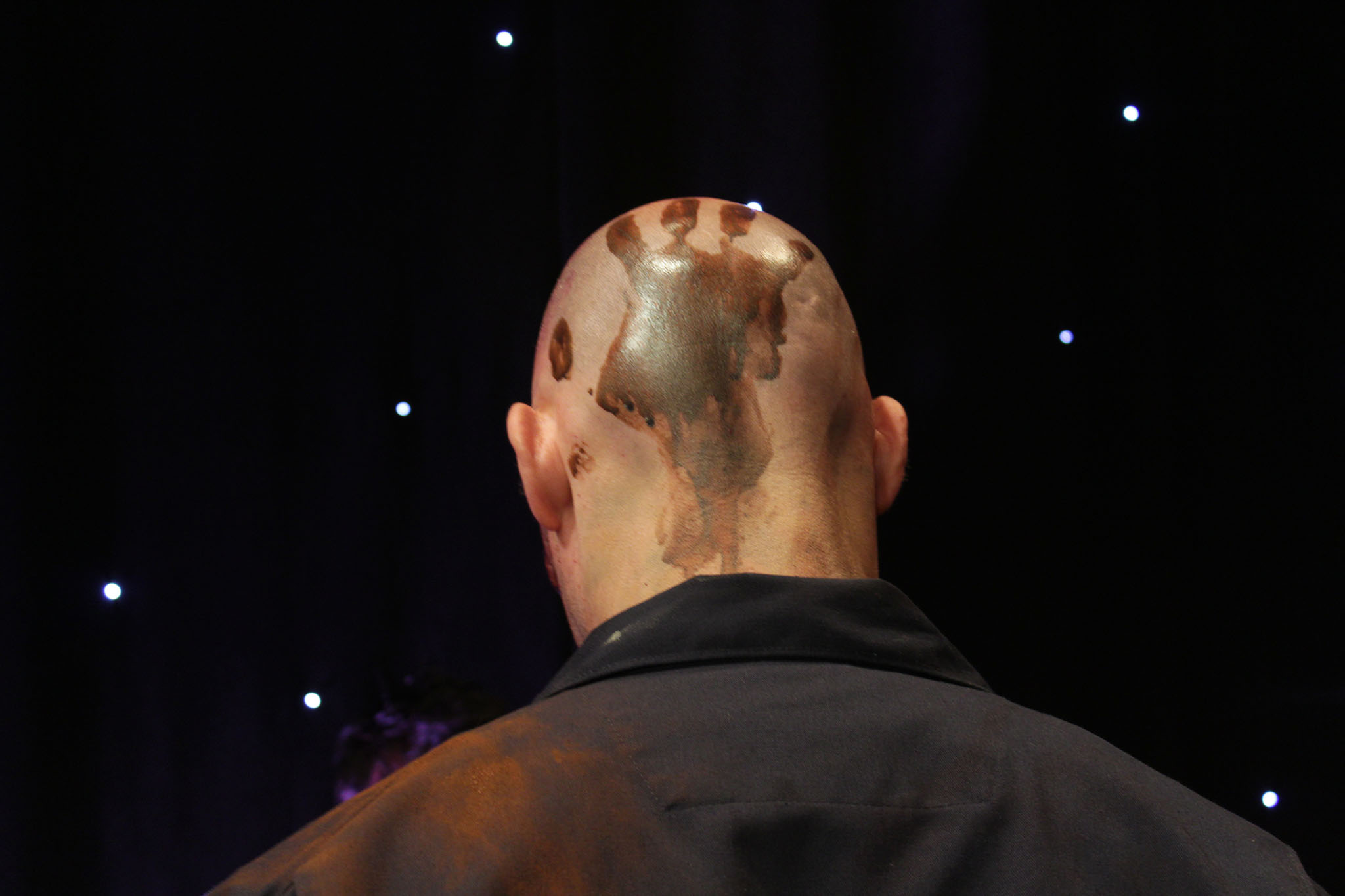 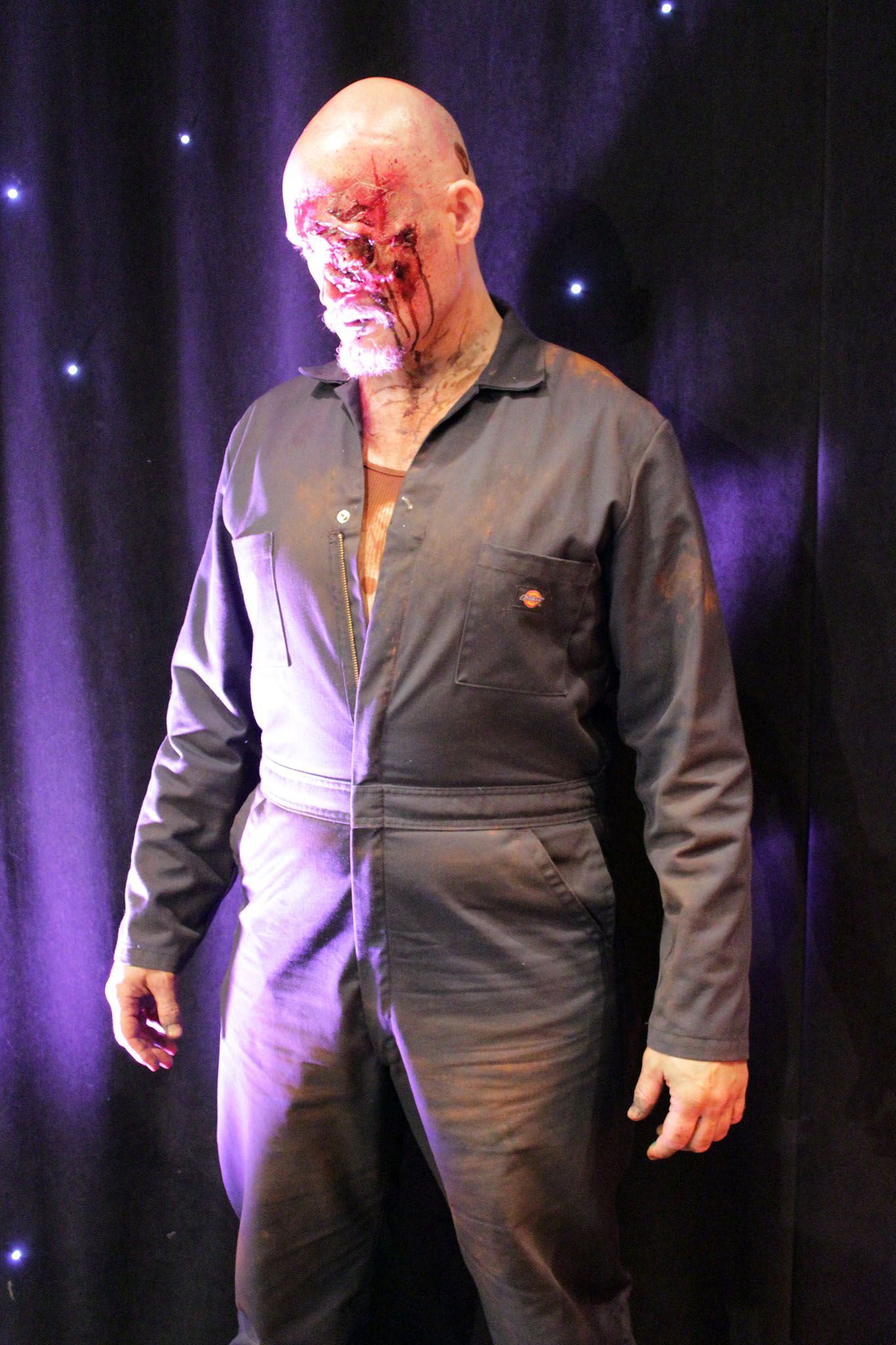 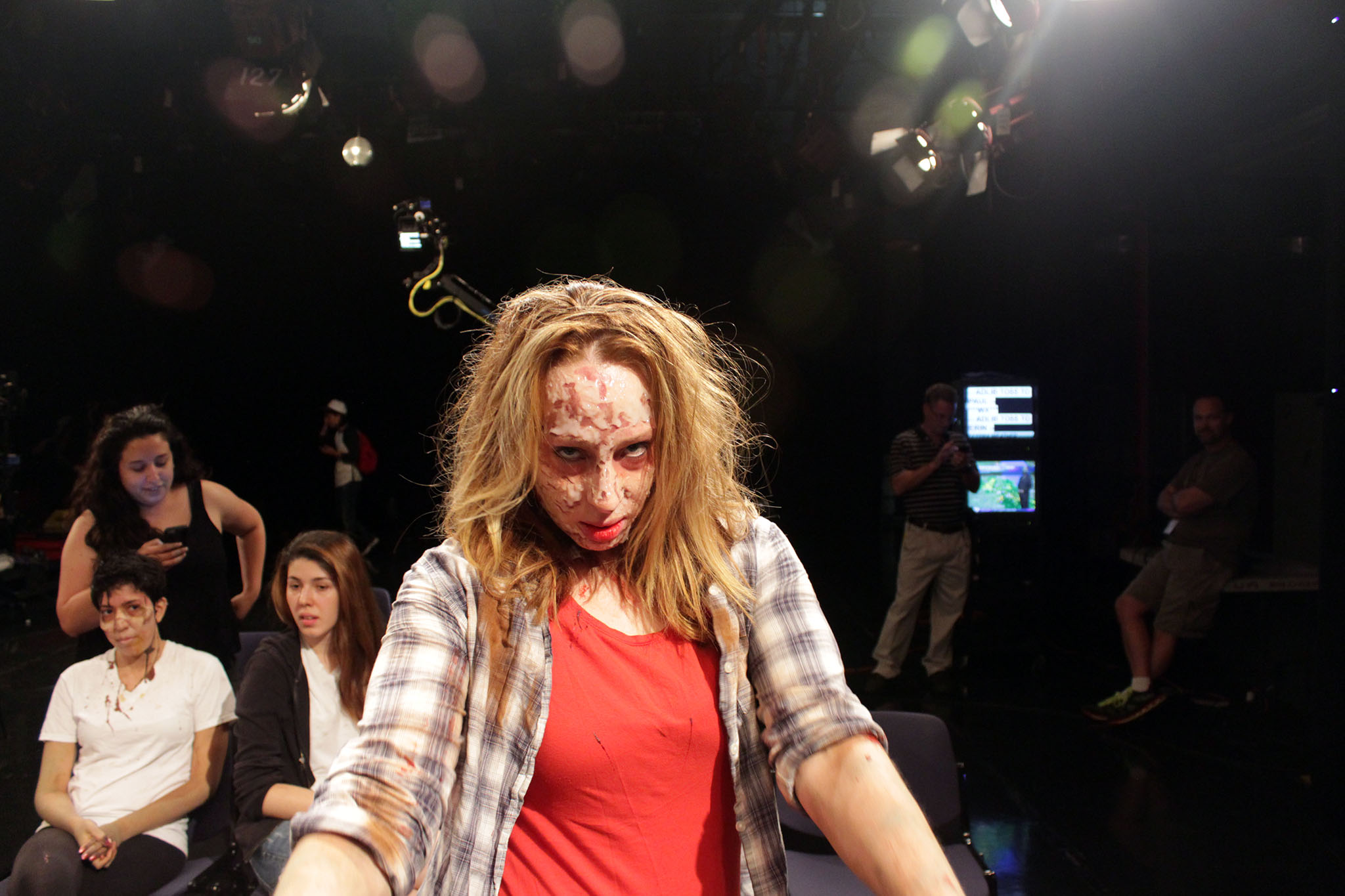 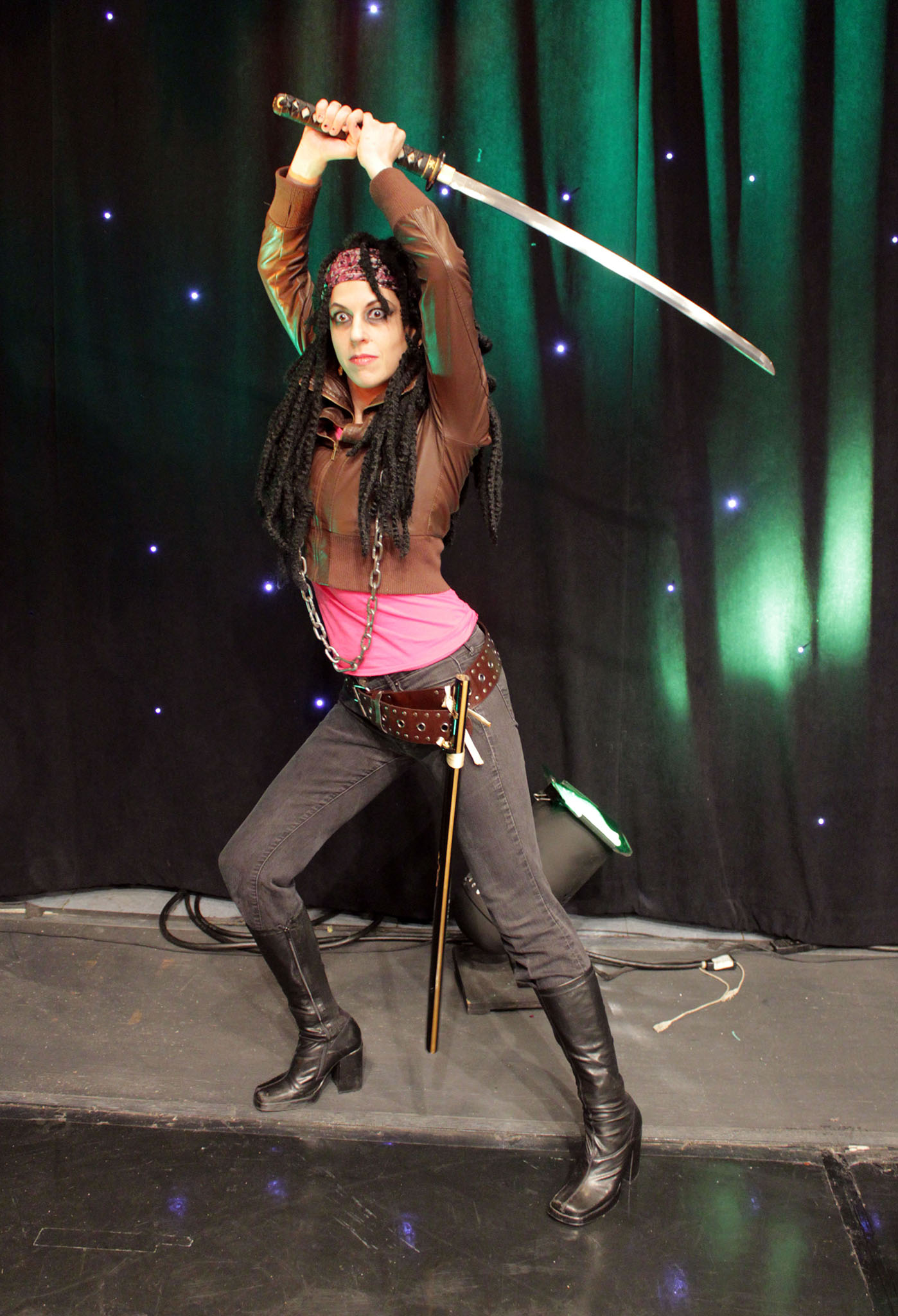 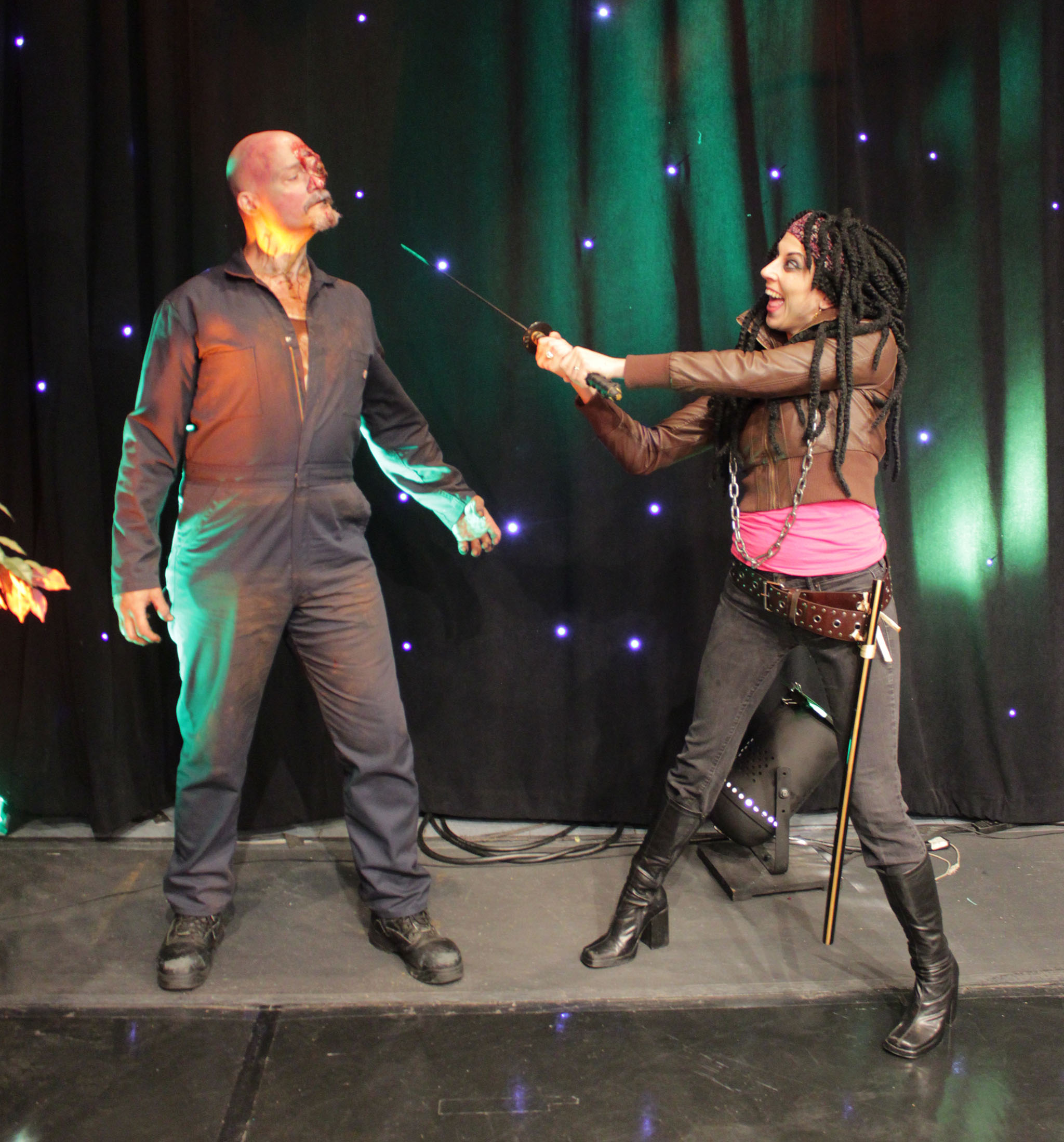 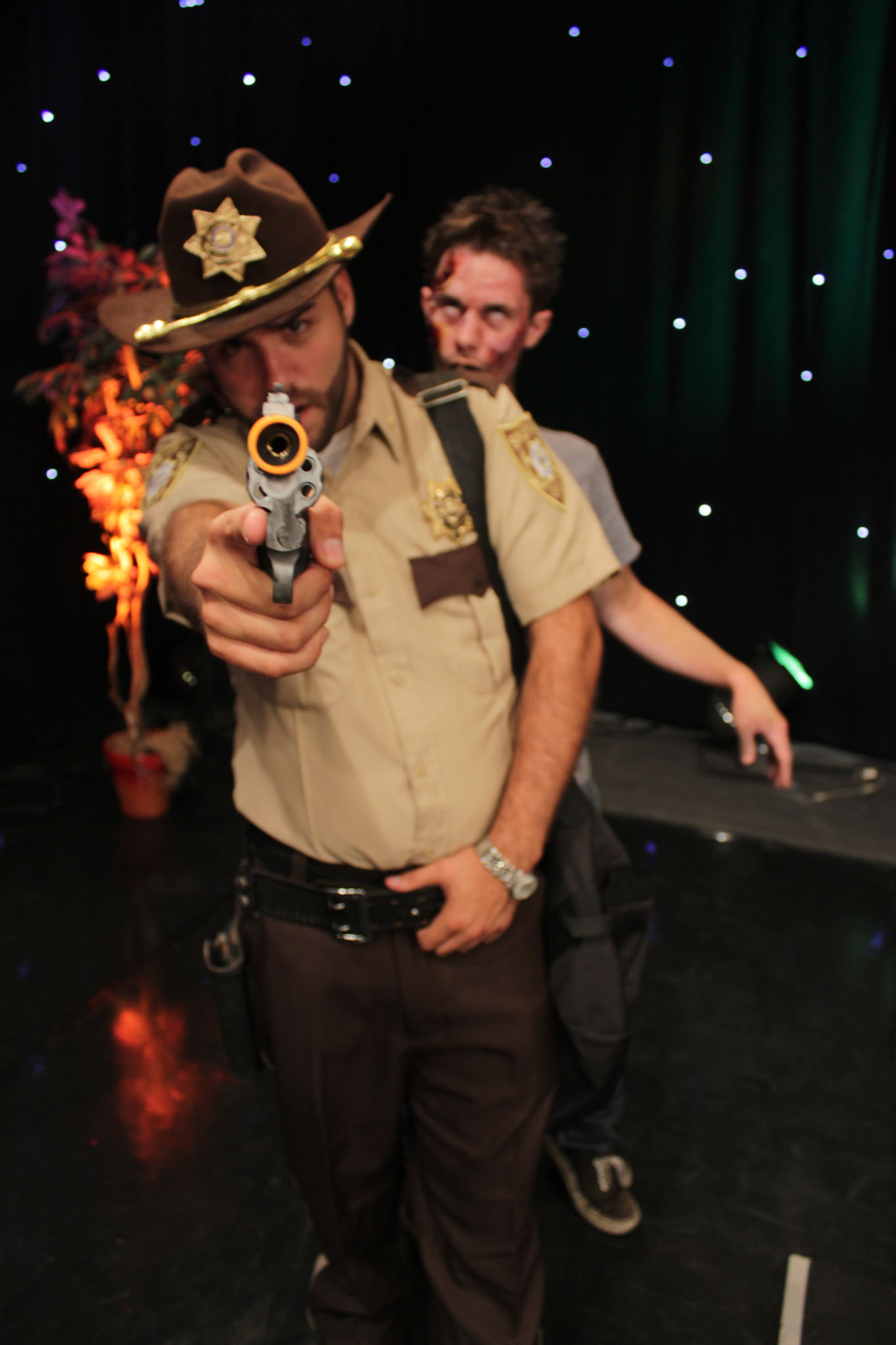 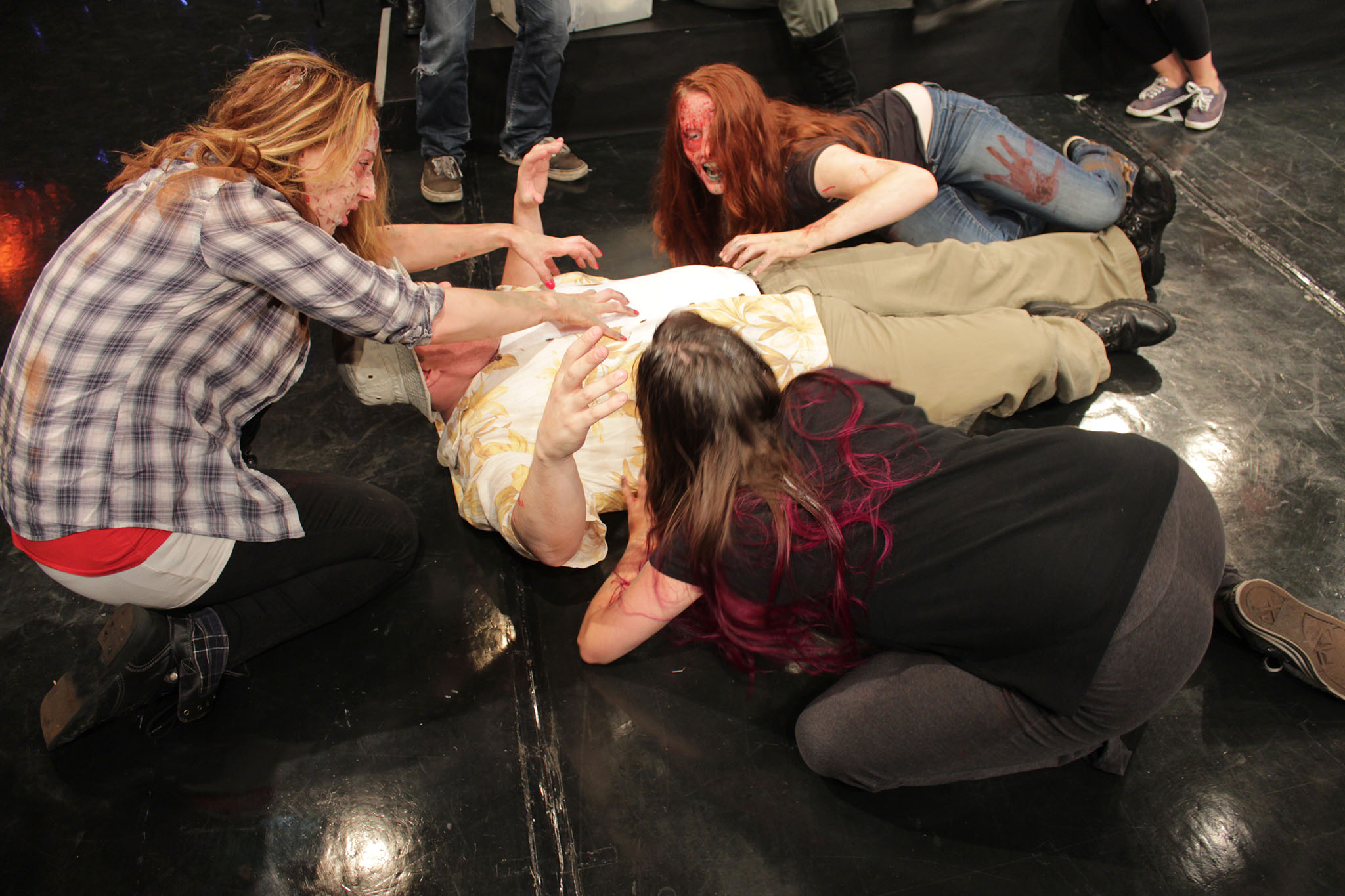 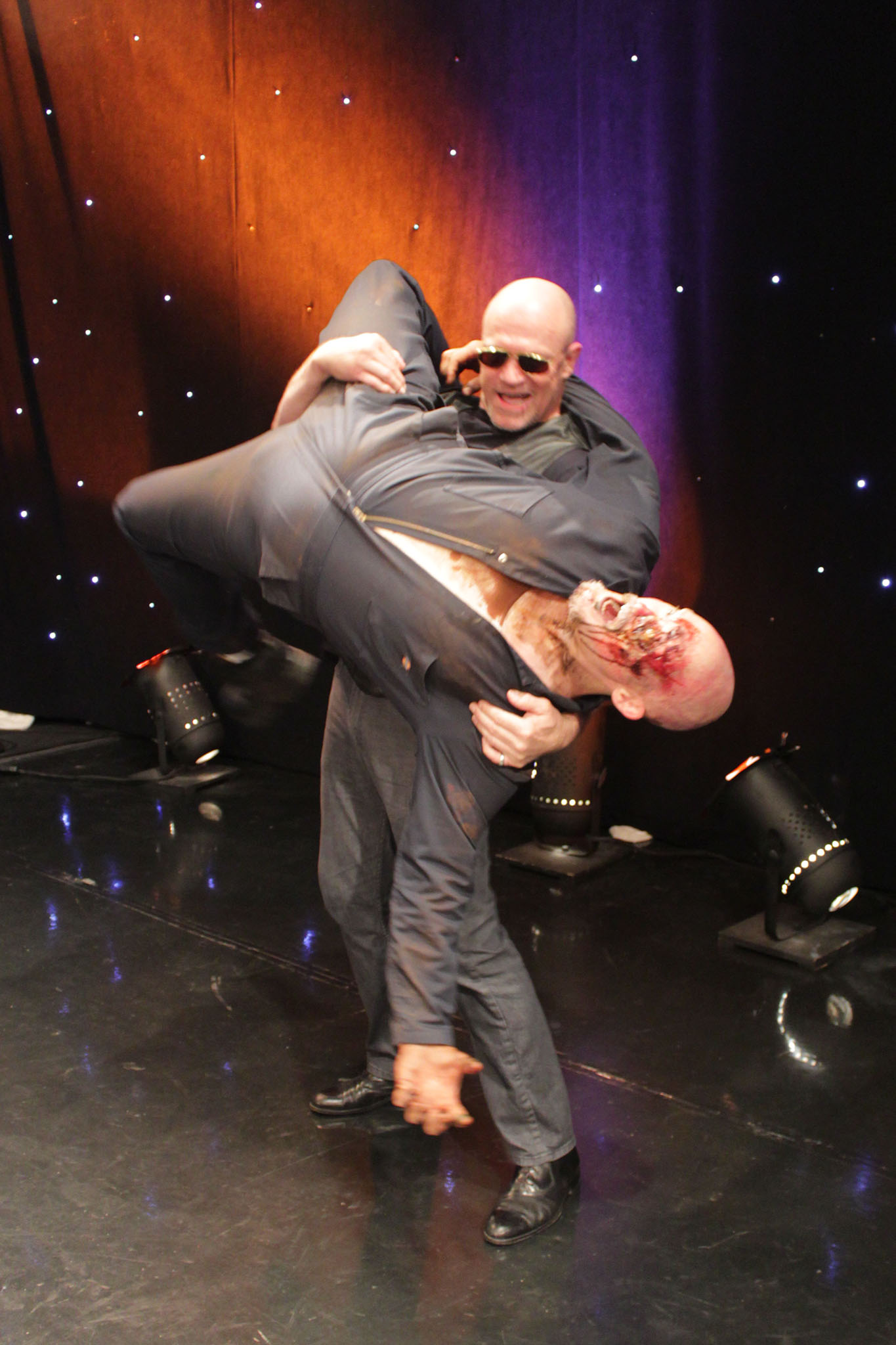