I swore loudly after finally completing the Chicago Marathon in 2014 that I was done with marathons. I was never going to do another marathon ever again.

And then my great friend Matt said that he was retiring from the Air Force and running, to commemorate the occasion and as his /first/ marathon, the Air Force Marathon in Dayton, Ohio. And would Shaun and I come run it with him? Like we had all had such fun running in exotic cities like Istanbul and Chicago? So how do you say no to that?

Disco flew up to run with us, with the dual enticements of a fast run (which turned out to be a lie) and a chance to see our sister Jeanne (which was a truth). 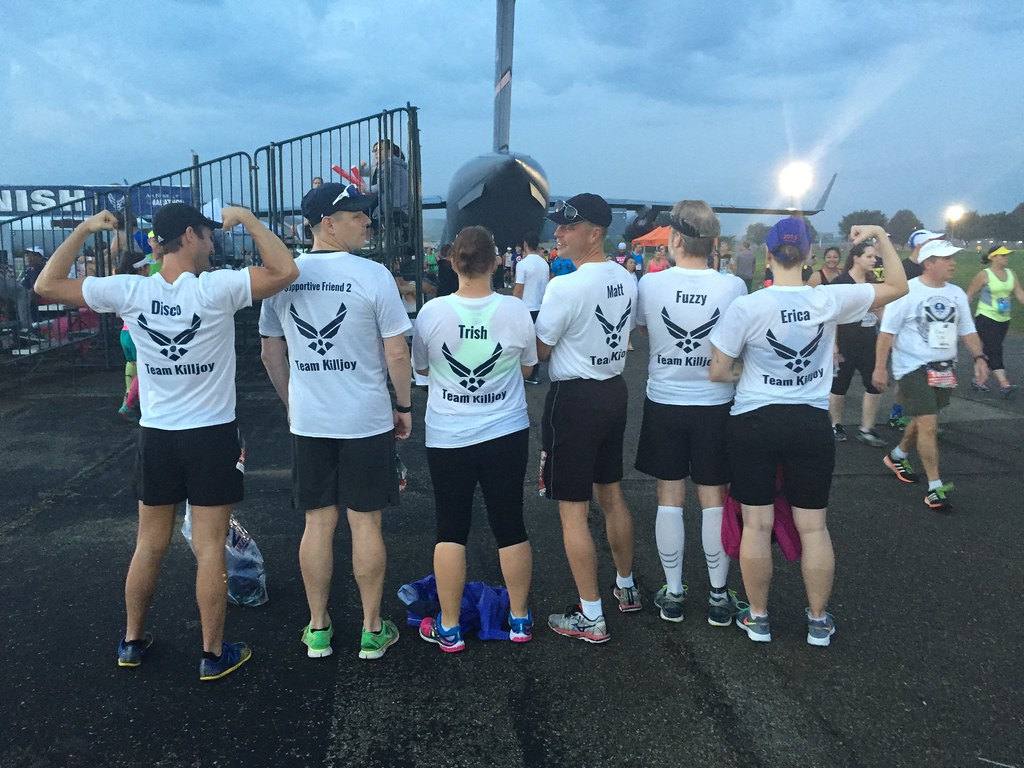 The race turned out to be a bit of slog—it was a really muggy day, and the course is a little… desolate. It circles the grounds of the Air Force Museum and wends through parts of Wright-Patterson Air Force base, which means that there are long sections of the course that are completely closed off to spectators. We did run around the field where the Wright Brothers did a lot of their early flight experiments, but devoid of the historical context, it just kinda looked like some empty Ohio farmland.

I know it wasn’t just me that had a bit of a time with the run—Disco is aiming for a Boston qualifying time and was almost an hour off that time, and our friend Stacy was also quite a bit off her time.

Shaun is injured and I am old (though I did train a reasonable amount over the last four months) while Matt had trained a lot this summer. We all stayed together, Shaun and I pushing ourselves a bit to keep up with Matt, until mile 11. At that point, Matt got a few steps ahead of us with a spring still in his step, and Shaun and I both waved him on and slowed to a walk.

It was an interesting three more hours to get to the finish. Shaun has what he calls his “Ironman walk”, which is a faster walk than I can maintain. Walking is also somewhat painful on my heels, which I’d spent the summer hovering on the edge of injury. So I’d jog ahead just a little and wait for him, or fall behind and catch up. We yoyo’d around each other for 15 miles.

Matt pushed himself very hard and was in somewhat rough shape at the end, but he did it and I’m super proud of him. 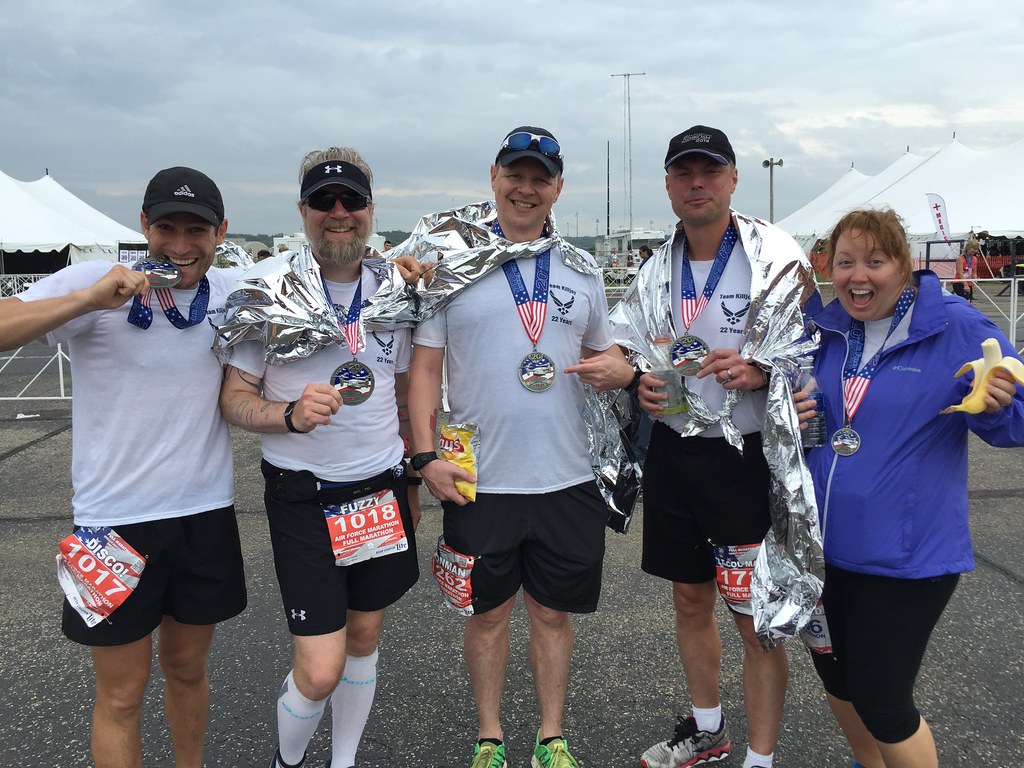 But overall it was a curiously liberating experience. My other three marathons, I’d pushed hard for a particular finishing time, and always ended up in quite a bit of pain. This time, after those first 11 miles, the goal was just to finish. Just finishing a marathon is quite an accomplishment, I think, and I felt a lot better after this one than any of the others.

And now, for reals, I’m done with marathons. Unless I get into New York…