Last night Erica was getting ready to leave very early in the morning for the O’Hare 5K on the Runway that she was going to run with Claire Zulkey. I figured that if the alarm was going to be going off at 5 am anyway, I might as well see if there was a race I could last-minute register for in-town. I took a glance at the good ol’ Running in the USA page for Illinois and lo and behold, the Edgewater 5K was running for the second year. I should have remembered that it was run during the Edgewater Arts Festival, which is going on this weekend, but I’d missed the reminders in the Alderman’s newsletter.

So this morning after Erica left, I snoozed the alarm clock for another hour and then took a leisurely stroll over to the new pedestrian mall on Kenmore and signed up for the race. A lot of the bigger races discourage race day signup, but the Edgewater 5K seemed to welcome it—they had an entire Registration tent and seemed to have about as many shirts there as over at the Packet Pickup tent.

The race is a fundraiser for a bunch of different schools in the area and there are tons of kids in the race and mascots of many of schools cheer on the runners. The route this year more or less the same as last year: a straight shot down a closed Sheridan, a quick loop on the lakefront path down to the Foster Beachhouse, and straight back up Sheridan. In Edgewater, we’re lucky that we live so close to the lakefront path, but I bet most of our neighborhood runners have been down that first section of the path a thousand times. I really enjoy the kind of neighborhood run that shows off the neighborhood and it’d be slightly more interesting to me to have that kind of run here in Edgewater. 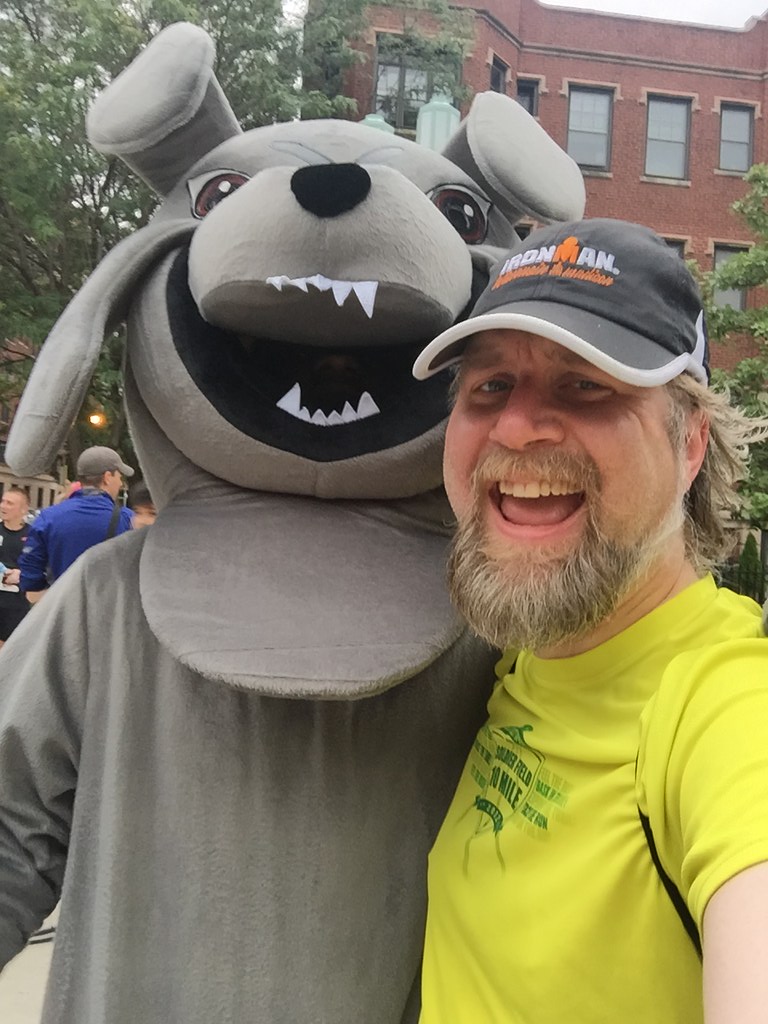