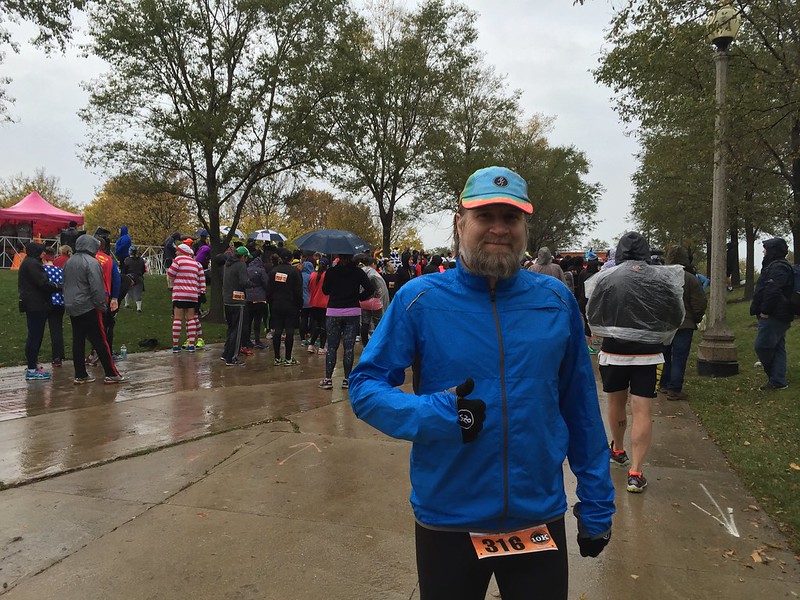 A race review as a lightly modified email to a friend who asked “How was the Monster Dash?”

Yeah, the weather was pretty sucky. It was fine as long as I was moving, but as soon as I stopped running I started freezing. We had a friend doing the half-marathon who was about 30 minutes behind me and at first I thought we could wait for her, but after just a few minutes I was shivering and we bailed and headed for the car.