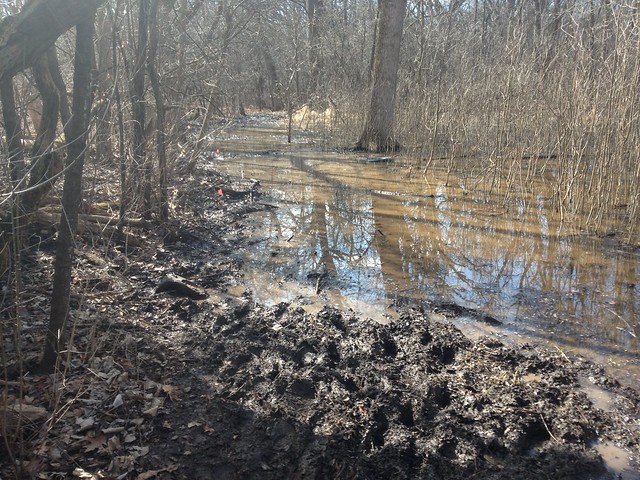 After Zach suckered me into running two trail races of a series out in the suburbs with him, he ditched me for the third and final race of the series. He had some sort of B.S. excuse about some sort of service trip, building homes somewhere. Boo. The joke was on him, because while it was the longest of the three, and plenty challenging with two creek crossings and a big mud-thing in the middle (each then each times two, as it was a loop), it was also a gorgeous day and a great run. And I earned my series swag, which turned out to be a soft fleece, with thumb loops, which is always a plus in my book.

Update—I typed that up real quickly, but when Zach asked me by email how the race was, I had a little more to say that I thought I’d share:

For starters, I [using the name of a friend of ours who always arrives at the last second as a verb]’d the start — I got up real early and then futtered around the house until the last second and I got to the parking lot as people were walking to the start line. I had to run up a hill from the parking lot and frantically grabbed my number and then as I was headed to the start line, the race started and everyone ran at me. I was jogging to the start line and never actually made it—the guy had already picked up the cones and was walking back to the shelter and he said “c’mon, just turn around and start”.

It was a two loop course, with two creek crossings and a big muddy area as seen in the video they sent out last week. Because of how I started out, I was stuck behind the walkers for the first half of the first loop, which wasn’t bad since I was out of breath from that parking-lot-hill :-). It also meant the first two creek crossings were real calm, and I actually picked my way along the side of that mud pit.

It was a gorgeous day overall, and by the second loop I’d managed to pass folks and was running with some nice separation in front and behind me, so it felt like I had the trail to myself. The second time I hit the mud pit, I was trying to be careful, but slipped and was ankle deep in mud with one foot, so I said “screw it” and just splashed down the middle and was a lot more carefree for the remainder of the run.

I haven’t really been training (I think I got out twice since last month?) but somehow it didn’t feel as bad as the 8K. 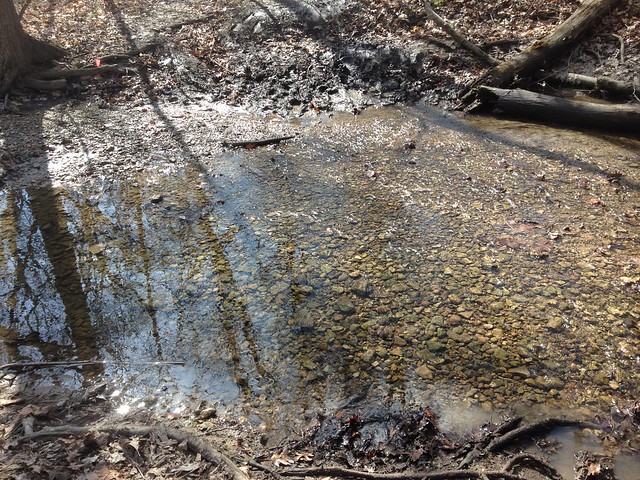 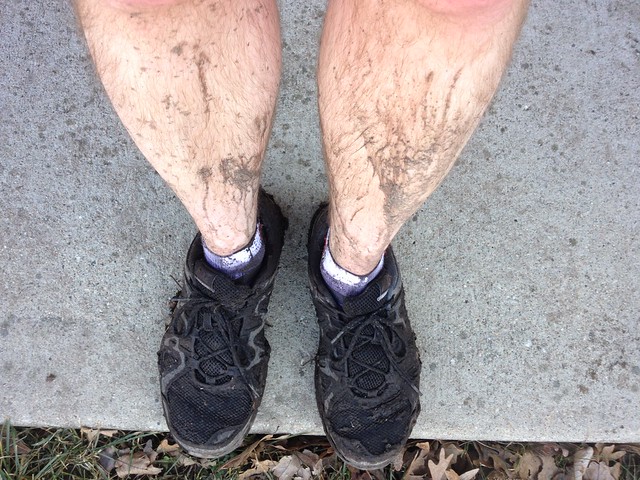 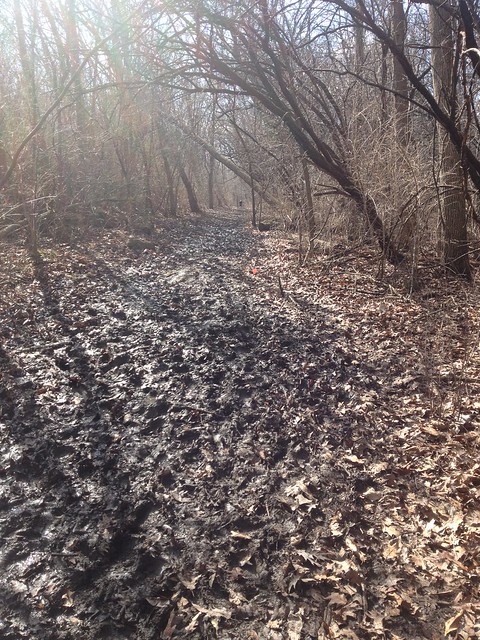 Photo by Run to Achieve