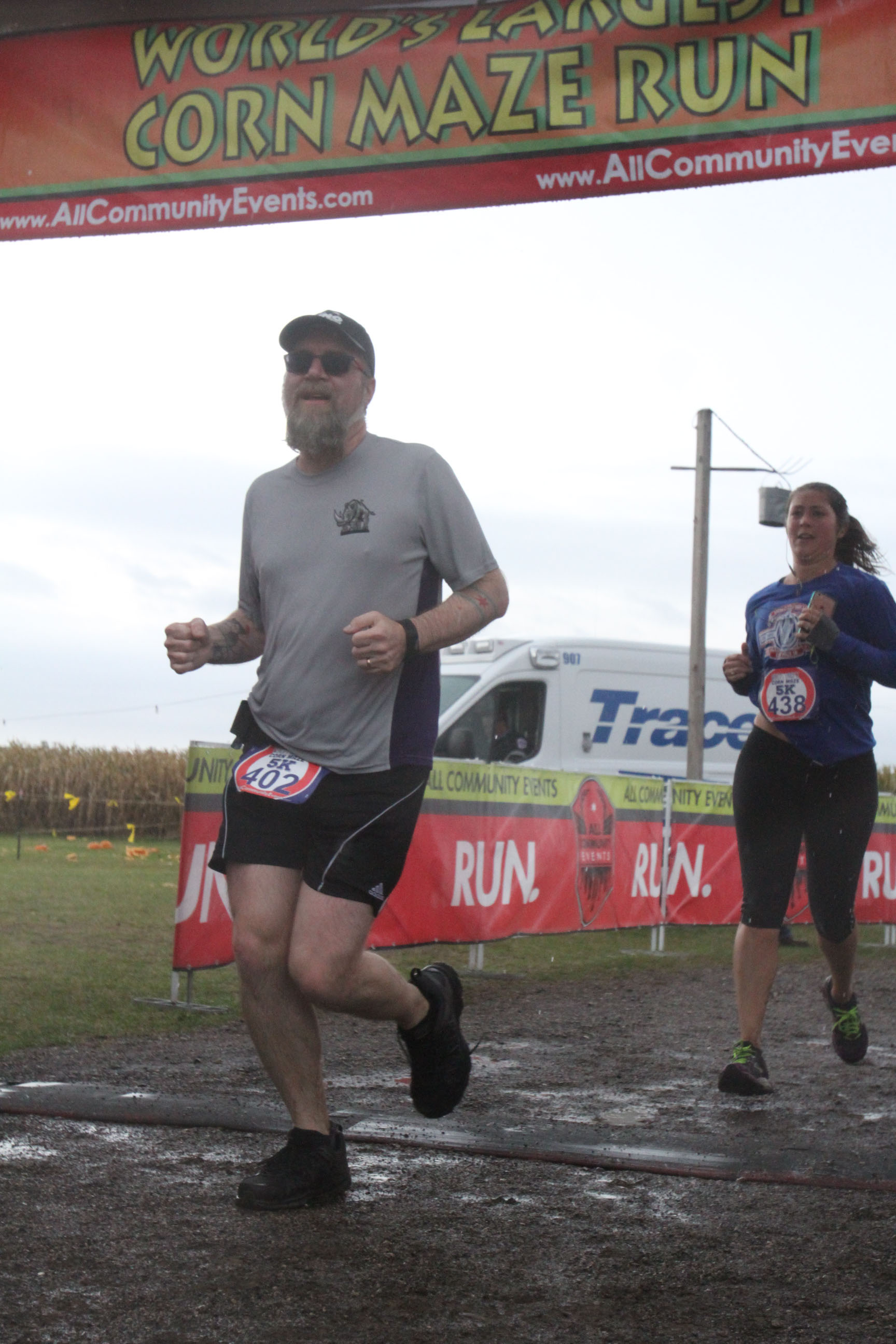 We’ve done the World’s Largest Corn Maze 5K several times and it’s becoming an autumnal tradition around the Gerdes house. The race was scheduled for last week, when Erica was out of town, but torrential rains that weekend meant they pushed it by a week and so we were able to both run the race. The good news was the rains from the week before had not destroyed the course. The bad news was that about a mile into the course a new round of torrential rains started. And at that point, you’re in the middle of a maze and so you might as well finish the marked off course instead of heading blindly towards any possible exit.

A usual fun part of doing the Corn Maze race is walking around the Richardson Adventure Farm a bit—they’ve closed their attractions by this point in the season, but the animals are still around. With the rain pouring down, we just made a quick detour to say hi to the goats and a minature donkey and then hit the road. 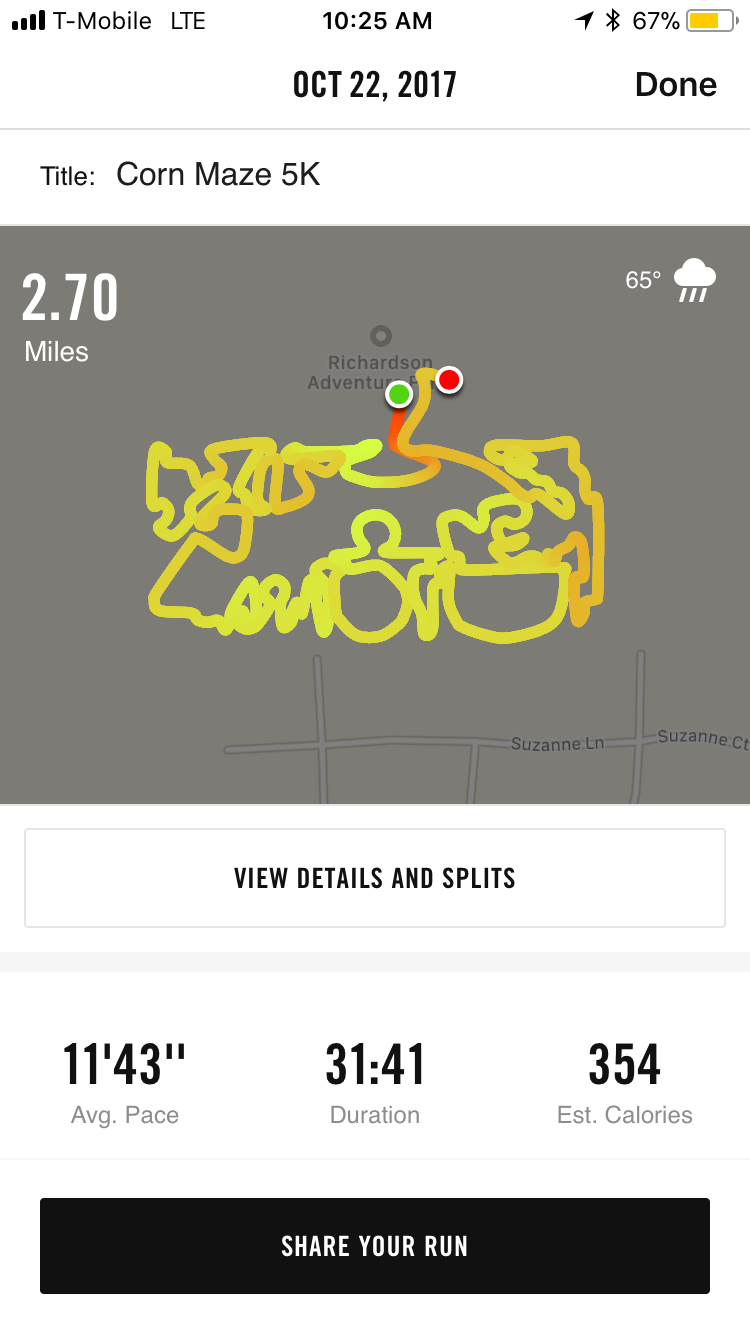 My GPS’s best attempt at tracking the Corn Maze Route 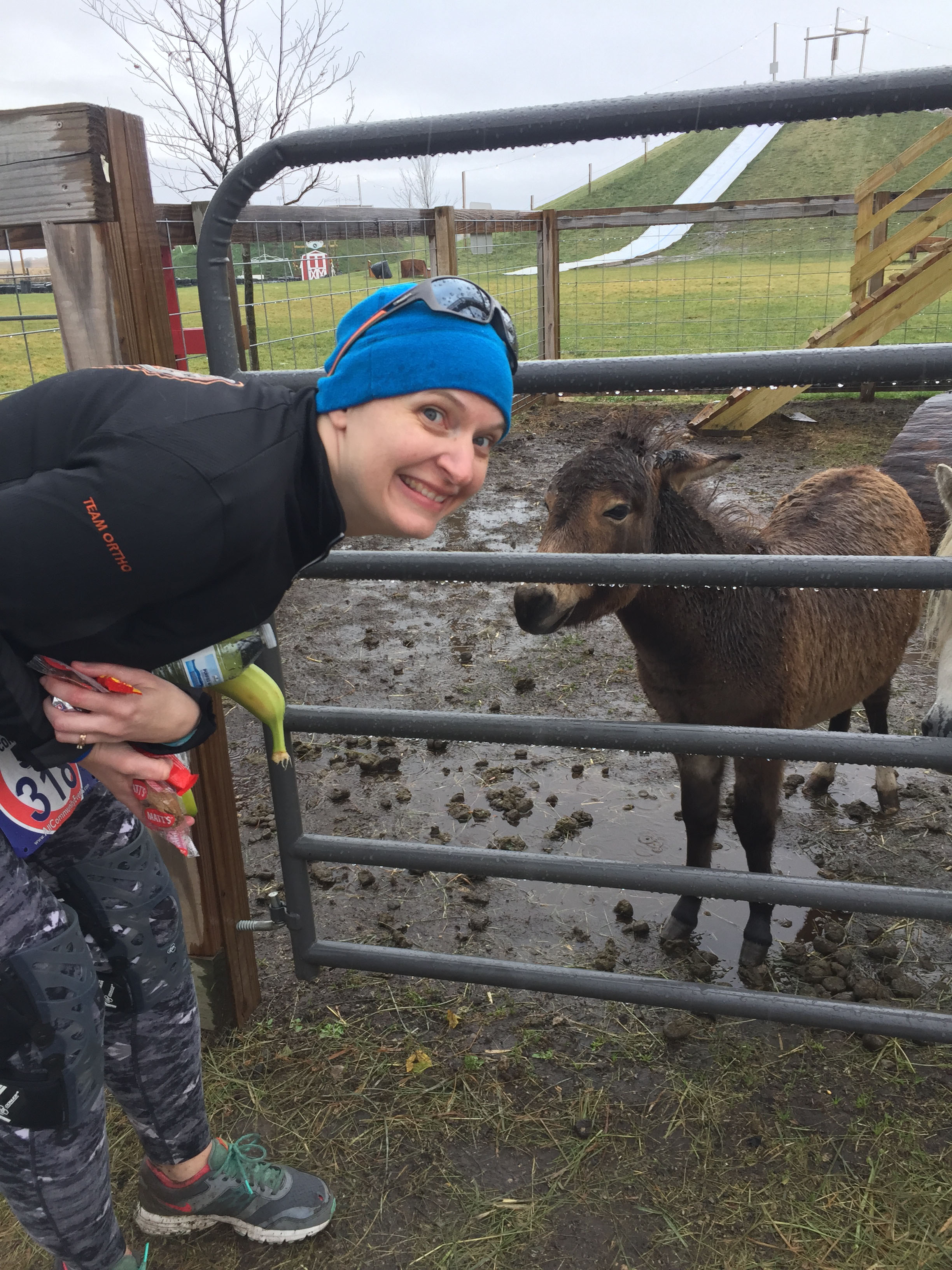 Erica and a new friend